The Next Big Features in Smartphone Technology

It is no secret that smartphone technology is moving ahead at a rapid momentum. Faster cameras, more efficient processors and better smartphone displays are being developed everyday.

Regardless of if you are waiting for a major update or just a tech geek intrigued about the future, the pieces listed below will be introduced to smartphones over the not so distant future.

Flexible screens have been flaunted as the breakthrough tech for years and years and while it is understandable that you might roll your eyes at this, it does seem like flexible screens might finally make their way to consumers. 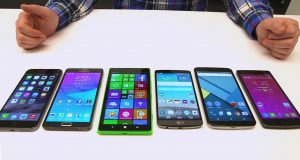 The next big features in smartphone technology[/caption]

Since recently rumors have been rampant about major discussions behind the scenes and Lenovo has come out with its own prototype while Samsung has also displayed their own version of it. There has also been talk in the rumor mill about Samsung releasing their on “Galaxy X” smartphone which apparently incorporates a foldable and flexible design. While there is doubt if flexible devices would prove to be a hit, it is sure that consumers would welcome more durable and damage resistant displays. 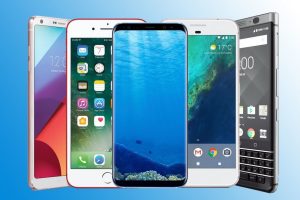 The next big features in smartphone technology[/caption]

Completely bezel less smartphones are also something that we can look forward to. Spurred by the stunning design on the Galaxy S8, many other devices have followed up on the same path. The Essential smartphone by Andy Rubin delivers a design with no top and side bezels and no buttons on the front of the screen. It is safe to say that this design is sure to be refined over time. Of course bezel less phones will require the fingerprint scanner to be moved to the back or under the screen. While many would scoff at the thought of a futuristic under the screen fingerprint scanner, there has been talk that Apple and Samsung are currently working on such models.