Porsche has announced that they will be releasing a high powered electric car. The electric is slated to be released in 2019. It is said to be one of the best competitors to Tesla and its power over the high end electric automobile sector.

This was first announced all the way back in 2015. It was a design language that was unlike anything Porsche had previously made. The company promised that the vehicle will have six hundred of horsepower and will hit zero to sixty two miles per hour under three and a half seconds. It will top two hundred and fifty kilometres per hour too.

The spy photos and the video

Over the recent past, there has been a few glimpse of the vehicle. Now, however, there is a video where we see the mule test car speeding around the legendary Nürburgring race track. It was only last month that pictures surfaced of Porsche using Tesla vehicles to aid their developing process. This does not mean they want a similar car. 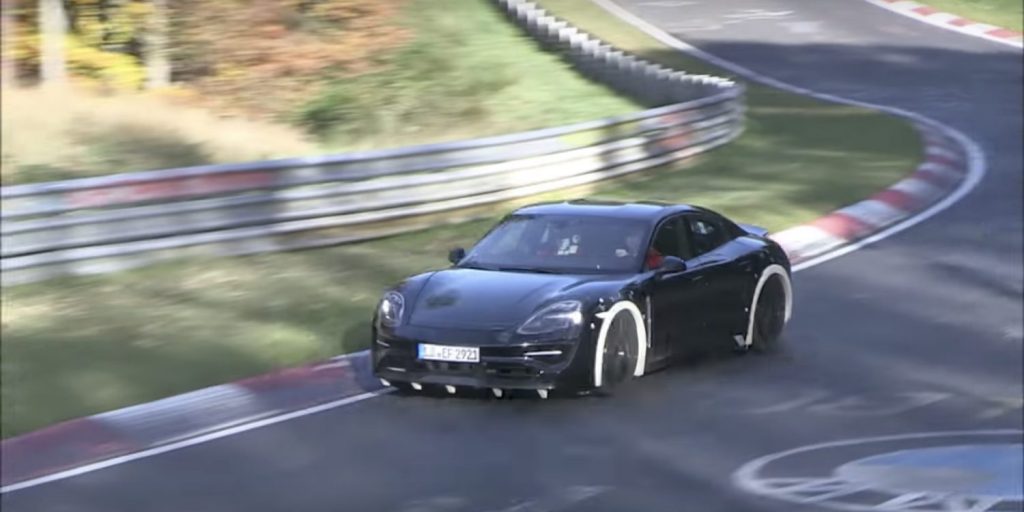 Porsche has said that they want to develop an electric car that has the race performance that the public has come to expect from the German automaker’s vehicles. All electric automobiles are capable of great torque and quick accelerations. The pitfall is that they can not maintain high speeds for a long time. A real time example is Tesla. The performance vehicle from Elon Musk’s company could never post impressive numbers on the Nürburgring race track. This was because as the race dragged on, the maximum power output of the vehicle kept taking a hit. The battery and the driving units of an electric car need to be cooled over time. This is what Porsche is trying to work around and build a vehicle with a great endurance and longer range.
Posted by Unknown at 15:10