Imagine storing up to 40 hours of Full HD videos inside ONE tiny microSD card. Add to that, the transfer speeds of 100MB/s and things get even crazier. This astounding card is the 400 GB SanDisk Ultra microSDXC UHS-I card.

A little history on SanDisk

It was only three years ago that SanDisk unveiled its record-breaking 128 GB microSD card. That record was subsequently broken by none other than SanDisk the following year with its 200 GB microSD card.

During the past few years, we’ve seen growing competition from companies like Samsung and its UFS memory cards, but today, SanDisk sets yet another world record: at 400 GB, the new Ultra-series microSD card is officially the world’s highest capacity microSD card for use in mobile devices.

Sven Rathjen, vice president of product marketing at Western Digital – the parent company of SanDisk had the following to say. “We continue to push technology boundaries and transform the way consumers use their mobile devices. By focusing on achieving new technology milestones, we enable consumers to keep up with their mobile-centric lifestyles with storage solutions they trust.”

About the SanDisk Card 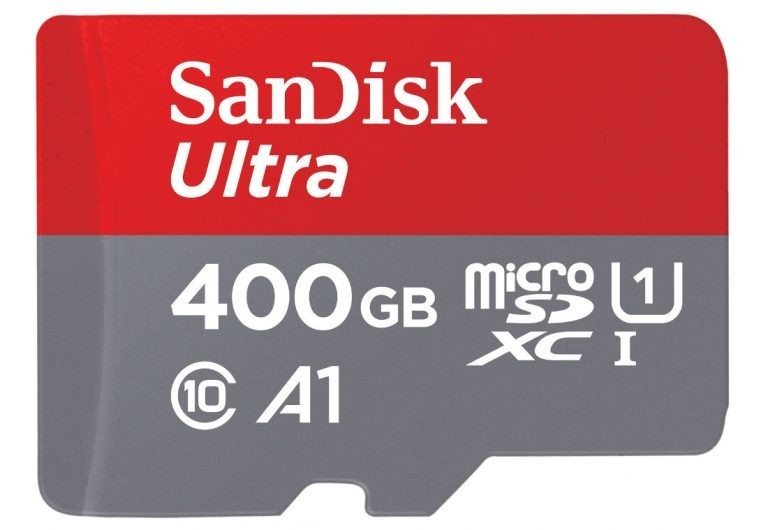 As mentioned above, files can be transferred at a maximum speed of 100MB/s. This is the read speed and speaking on theoretical terms, one can move approximately 1200 photos every minute. It comes with native support for the Adoptable Storage feature in the device. This makes it ideal for users with heavy media consumption. The 400 GB SanDisk Ultra microSDXC UHS-I card sells for $249.99. In comparison, SanDisk’s 256 GB microSD card sells at a price of $199.99. it is usually priced lower. Nevertheless, an extra $50 for almost double the storage is not bad. There is also the fact that the price will reduce on sites like Amazon over the next few months.
Posted by Unknown at 19:22