Acer held a press conference where it revealed a large number of products, among them a new aluminum Acer Chromebook 15.

The Chromebook 15 series is currently the only range of 15-inch Chromebooks on the market. Arriving in 2016 with several variants, these were slim and relatively inexpensive devices. They were priced in-between $199 - $299. They are aimed at those who favored what was on-screen rather than around it. 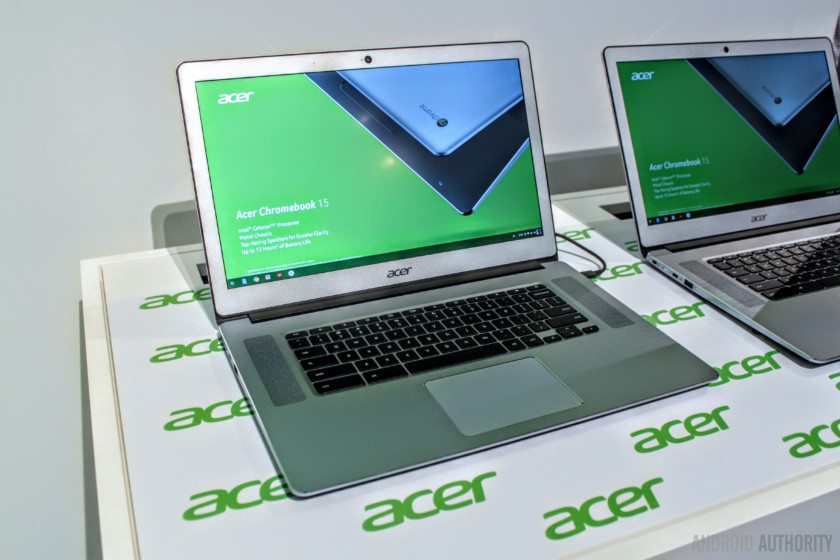 Information on the Acer Chromebook 15

The new Chromebook 15 — model number CB515-1H/1HT — once again comes with a 15.6-inch, 1080p display like its predecessor. This time it offers a premium aluminum build, better battery life, and slimmer profile. The dimensions of the laptop are 378 x 256 x 18.9mm and sells at a weight of 1.72kg. This makes is lighter than the previous model which was 2.2Kg even though the new model has a metal build. On the inside is a dual-core Intel Celeron or quad-core Intel Pentium processor, depending on the model. The internal storage will be32 GB or 64 GB (eMMC) with 4 GB or 8 GB of RAM.

The new Chromebook 15 also once again employs two upward facing speakers. These should be substantial and should provide a better experience than more expensive laptops with smaller, underside speakers. The Chromebook 15 is said to offer 12 hours of battery life during typical use. 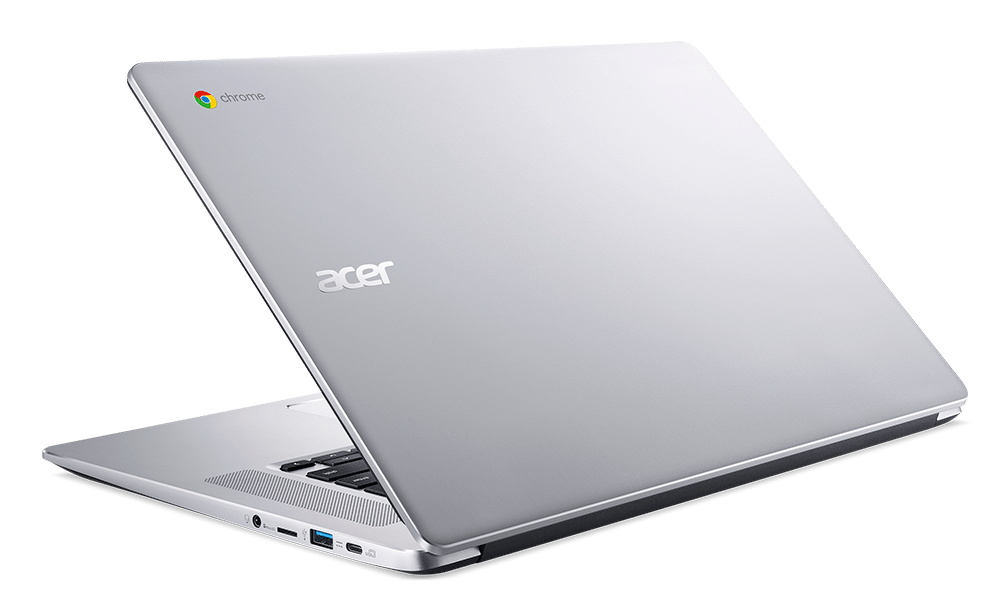 The Chromebook 15 houses two USB 3.1 Type-C ports (which can also charge the device), two USB 3.0 ports, a HDMI port, a headphone port, and an SD card reader (supporting up to 128 GB SDXC for transferring and saving files) as well as Bluetooth 4.2. The aluminum design feels premium and comfortable. The laptop will also be coming as a touchscreen model.

The Acer Chromebook 15 will be on sale in North America from October starting at $399. The device will also come to Europe, the Middle East and Africa in October, starting at €499.