The LunaR smartwatch is kinda cool

Smart watches have come along way since their first generation. Many manufacturers have jumped into the trend and made their own versions of a smartwatch. However, other than the Apple Watch most smart watches have failed to make a major impact on the market. A common criticism of smartwatches is their battery life and charging facility.

So why is the LunaR smartwatch interesting?

Enter the LunaR smartwatch. The watch’s 110 mAh battery can be charged using solar power. Of course, it can be charged via a cable too, but the highlight is the transparent solar panel. It comes with a traditional inductive charger in the box. It works with both natural and artificial lighting. According to the company, it can run indefinitely on just an hour of light. Neat eh? 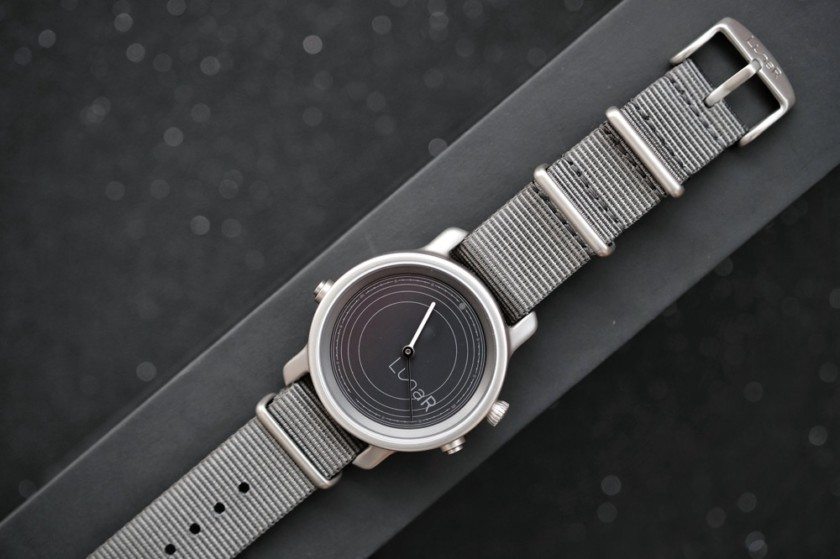 The design is reminiscent of a conventional watch design. It is not flashy and does not have any futuristic designs. It looks understated and eye catching.

However, the LunaR smartwatch isn’t just about looks or the battery life. It comes with resistance to water up to a depth of 5 ATM. It does not have much of the functions that Samsung’s smartwatches and Apple’s smartwatches too. These include making use of a digital assistant like Siri or Google Assistant. You can not reply to messages or call an Uber either. It does have the basic functions like the ability to set dual time zones, track your activity, tracking the sunrise or the sunset, smartphone notifications, monitoring your sleep and of course setting up alarms.

The watch is present on Kickstarter. The company says they will start shipping next month. You can get it for an early bird price of $138. This model though, comes with only a sapphire coated glass, however. The complete sapphire crystal will set you back $169.
Posted by Unknown at 08:01