A Tesla Semi Truck is on its way

Elon Musk has teased the idea of a Tesla Semi Truck for a while but the launch had been pushed back over a series of set backs. Originally the reveal date was set for the last week of October. The latest set back was that the company took on the job of setting up solar energy generation and storage facilities in Puerto Rico. This was as a way of helping the country after the devastating hurricane.

Now the company has said the semi truck will be releasing on November 16th. This has been confirmed thanks to the email invites sent from the company to the press. The invitation also has a full size picture of the Tesla Semi truck. However, most of the vehicle is shrouded in darkness, but the futuristic headlights from a previous teaser image are visible. 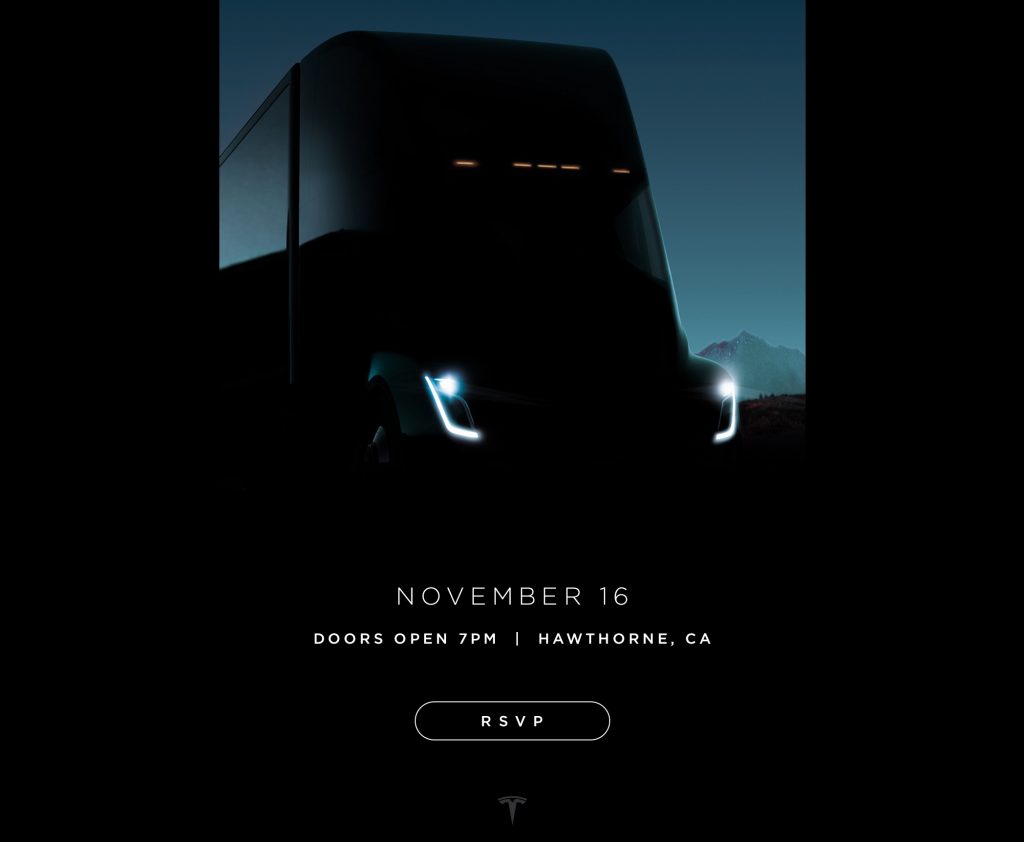 Information on the Tesla Semi Truck

Elon Musk went on to say that the truck will be a heavy duty semi truck that can go for a long range. Initial rumors said that the Tesla Semi Truck will have a range of two hundred to three hundred miles in terms of range on one charge. Nevertheless, the cryptic tweet from Elon Musk indicates that there is a chance it will be more. The company wants a semi truck that can go head to head with the new diesel heavy duty trucks. The CEO says he expects his truck to out torque the diesel trucks, which is a pretty big statement to make. This means the truck needs quite a large battery capacity to achieve this target.
Posted by Unknown at 04:09