When you want to find something out about a smartphone, I’ll bet that the first thing you do is perform a search on Google. Unfortunately, there’s no telling if you’ll find exactly what you’re looking for in the top result, so you may end up having to do some digging to get the information you require. That’s why a new tool that Google just rolled out for Search has us so excited, especially during a time of the year when the biggest new phones are launching.

Over the weekend, Android Police was one of the first sites to report on a new feature that allows users to compare phones with a simple search. If you want to see how two phones stack up against one another, just search for both of them with “vs” in between, and a comparison chart with all the most important data will appear.

The feature doesn’t appear to be available for everyone yet, but in order to test it, try typing in something like “iPhone X vs Pixel 2 XL” into the search bar. If you’ve been included in the test, you’ll see the following chart appear: 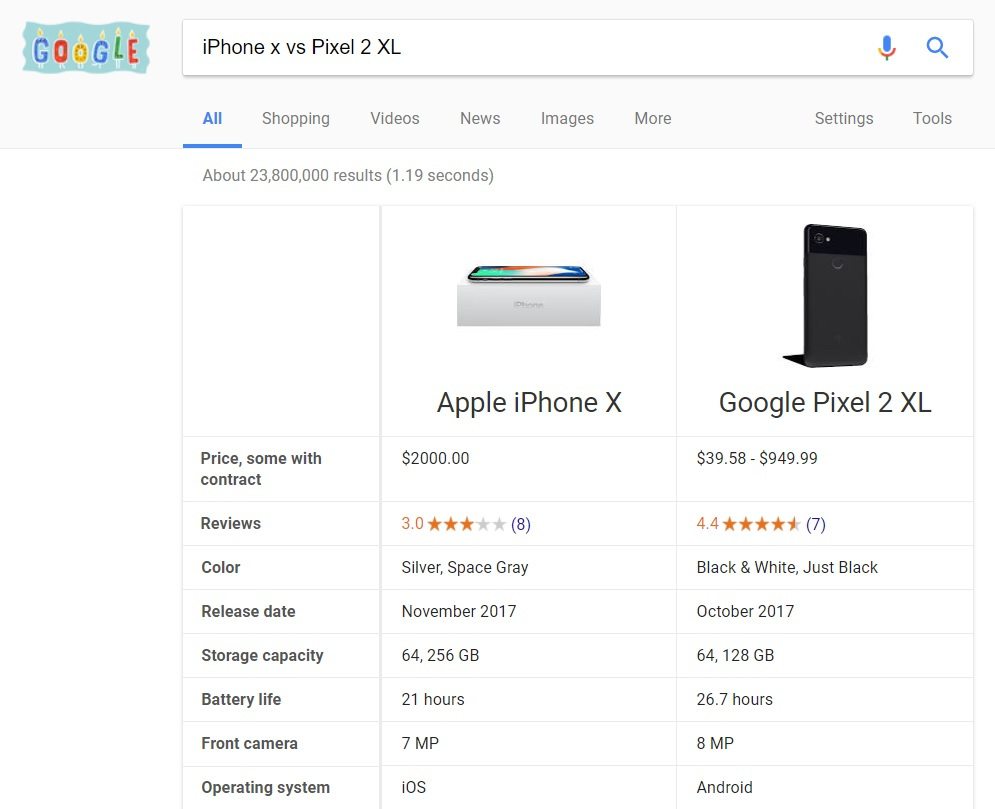 While the specifications and details aren’t as comprehensive as you might find on a technology site, it’s a great way to get a quick overview of two smartphones and see how they compare. On mobile, there’s even an option to highlight the differences, so that the rows with different specifications will light up.

The feature still needs some work, as the prices Google has listed don’t accurately reflect the MSRP, and at least a few phones aren’t even supported yet, but it’s another clever addition to the ecosystem that is Google Search.