Razer recently bought Nextbit. Thanks to that venture, they have now released a smartphone called the Razer Phone. Here we take a look at what it is like.

Design of the Razer Phone

The design of the phone seems a bit like the Nextbit Robin. However, it has a few tweaks from that design. The device has a black finish on the back. It also has green icons, which is a known sign of all Razer products. The aspect ratio of the phone is 16:9. It also comes with a dual front facing stereo speakers. A rare feature in smartphones nowadays, each speaker includes its own amplifier. 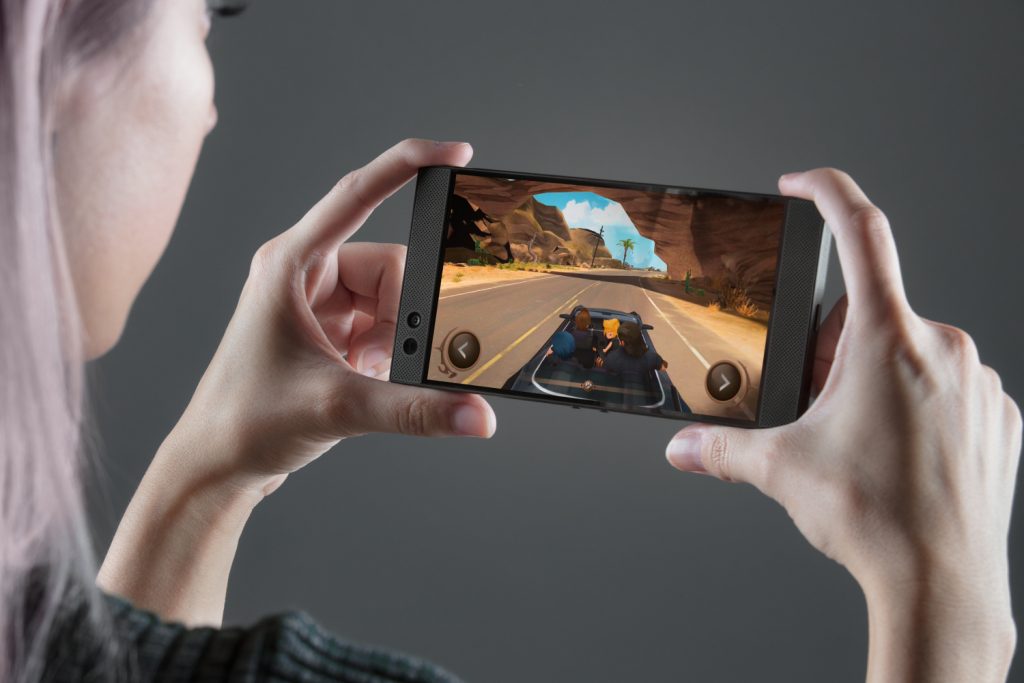 Display of the Razer phone

On the side of displays, the device has a 5.7 inch QHD IPS Sharp IGZO screen. Users of Razer devices will realize this is the same display present in the Razer laptops. The display on this phone is the first display on a smartphone to have a variable refresh rate of a maximum of 120 Hz. Another major feature of the display is Ultra Motion. This is basically a smartphone version of NVIDIA’s Gsync which is available on PCs.

Specs on the Razer Phone

The specs on this device are up to 2017 standards. This means it comes with a Snapdragon 835 processor, 540 Adreno GPU, 64 GB of storage that can be expanded and 8 GB RAM. The entire framework is supported by a 4000 mAh battery. The company says that the device can stay powered for days. The Razer Phone is the first device to support Qualcomm’s Quick Charge 4.0+.

As with most 2017 devices, this phone has a dual camera setup. It has two dual camera lens on the back; one for wide angle photos and the second for telephoto. They come with phase detection autofocus and a dual tone LED flash to help with the image taking. Razer’s phone runs Android 7.1.1 with a scheduled update to Oreo.
Posted by Unknown at 04:16