NEW DELHI: Honor is all set to launch its V10 smartphone in India. The Huawei sub-brand has mentioned that it will be launching the handset in the country next month and has even started its registration process. We already know the specifications and the design of the device as it has been launched under the "View 10" moniker in China already. But it looks like the firm has left absolutely nothing to imagination as the last piece of information has also popped up - its price.

The company"s India shopping website is spotted listing the Honor View 10 smartphone with a price tag of Rs 39,999. Although this is not a confirmed price and may be a mere placeholder, it"s appearance on the official Honor Store holds some credibility.

If the aforementioned price is true, the Honor V10 may become one of the priciest in the series in India. It will also be directly going against the OnePlus 5T, which is priced in the same bracket. 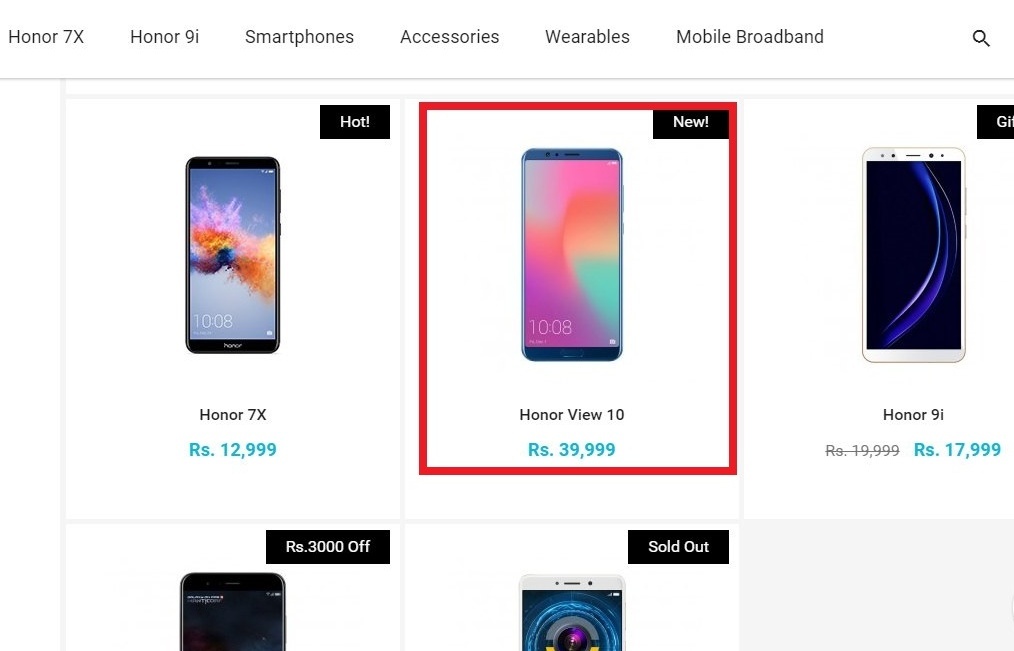 From what we know so far, the smartphone will come in Navy Blue and Midnight Black colour options. It will be available on Amazon and the customers can register for the same from today (December 28).


To recall, the company globally launched the Huawei V10 at an event in London earlier this month. The smartphone is powered by company"s own Kirin 970 processor and runs Android 8.0 Oreo topped with EMUI 8.0, UI layer of the company. The smartphone comes with a bezel-less display. The device features a 5.99-inch full HD+ display with 1080x2160 pixel resolution and 18:9 aspect ratio.


It offers 6GB of RAM and 128GB internal storage. Users can add more storage by inserting a microSD card of up to 128GB. The smartphone comes with hybrid dual SIM functionality and boasts of a dual rear cameras setup. It consists of a 16MP RGB sensor and a 20MP monochrome sensor. The company claims that the camera incorporates artificial intelligence engine which offers Real-Time Scene. With the help of this technology, the smartphone can identify 13 different types of scenes and objects and automatically adjusts the camera settings for the perfect shot.


The smartphone packs a 3750 mAh battery with fast charging support.