Jailbreaking your iPhone or iPad is a risky process that we can"t unreservedly recommend, but it remains popular among those who wish to install unofficial apps and tweaks on their smartphone or tablet via the Cydia marketplace. Here"s all we know about the iOS 11 jailbreak, along with how to jailbreak your iPhone or iPad in iOS 10.

(What is jailbreaking? In essence, it means bypassing the locks put in place by Apple on its iPhones and iPads and thus gaining access to a large number of apps that Apple hasn"t authorised. For explanations of this and many, many more Apple-related terms, see our Apple jargon-buster encyclopedia.)

Some of the unofficial apps that you"ll gain access to after jailbreaking are pretty tempting, and may offer features you"d never otherwise be able to access, but be weary; jailbreaking your iPhone and installing tweaks and apps from disreputable sources may lead to hackers being able to access your iPhone. We recommend only using reputable sources, such as those pre-loaded in Cydia, and staying away from any pirated repositories – it may be tempting to download tweaks for free, but you might be handing over access to all your personal information at the same time!

Apple itself offers advice on the subject of jailbreaking (although you may feel that the company is biased in this respect since it wants to continue getting its cut of the revenue from official app sales). In this tech note, Apple suggests that jailbreaking your iOS device may lead to security vulnerabilities, instability, shortened battery life, unreliability, disruption of services and inability to apply future software updates. It may result in Apple denying service for your device.

Nonetheless, many Apple fans have been jailbreaking iOS devices for years without encountering these issues. But once they"ve jailbroken such a device, they understand that they should expect no help from Apple if it causes them trouble in the future. With choice comes responsibility.

If you"ve got your heart set on jailbreaking, take a look at our top jailbreaking safety and security tips.

What’s the difference between a tethered and untethered jailbreak? Tethered jailbreaks require you to attach your iOS device to your computer and run an application to jailbreak it. If you later power off the device and then restart it, the jailbreak is wiped out, and you have to repeat the entire process. It also means your iOS device is completely useless until you do so, which isn’t convenient.

These kinds of jailbreak were the first to be developed. But what prospective jailbreakers wanted was an untethered method, where the hack would remain in effect even after the device was switched off and on again. This is called an untethered jailbreak, which is what is available for those looking to jailbreak iOS 10.

A third option, semi-tethered, means that you"ll have to re-run the jailbreak process after restarting your iOS device or after a certain amount of time passes. It"s a good compromise as the jailbreak can be run directly from the device rather than requiring a PC or Mac, but can still be a frustrating experience.

Here"s all the pros and cons of jailbreaking an iPhone.

If you"ve been waiting for an iOS 11 jailbreak, we"ve got good news - it"s possible.

Liang Chen of Tencent Keen lab demonstrated an iPhone X jailbreak (running iOS 11.1.1) at POC 2017, a well-known security and hacking conference that takes place in South Korea. This follows Chen"s demos earlier this year, showcasing a functional jailbreak of both iOS 11 b2 and iOS 10.3.2. You can watch a video of the latest demonstration via Twitter below:

The bad news? It"s not available to the public at the moment. It"s doubtful that Chen will release the jailbreak to the public - especially given the security-focused nature of the conference. But while that particular exploit may stay Chen"s secret, another group has announced that it has jailbroken iOS 11.2.1.

Security researchers from Alibaba"s Pandora Lab made the bold claim, stating that the untethered jailbreak works perfectly with Apple"s iPhone X. The team refers to the jailbreak as "Pandora" as unlike other semi-tethered jailbreaks, Pandora installs Cydia on the Home screen. 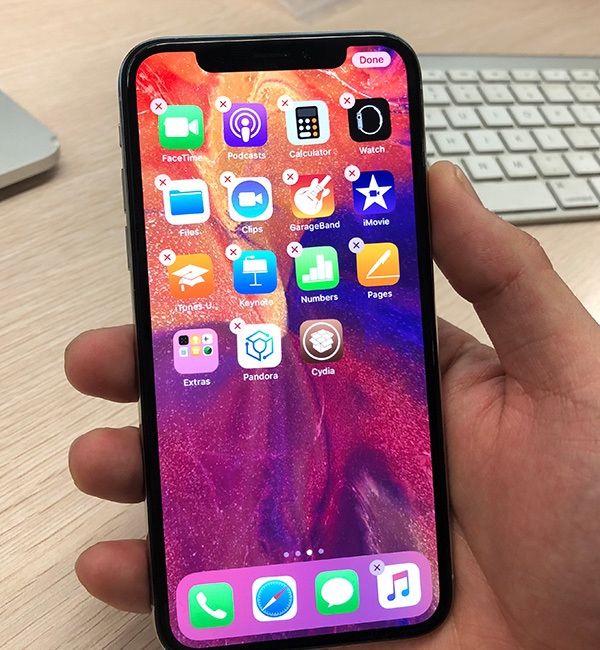 Unfortunately, Song Yang, the head researcher at Alibaba"s Pandora Lab has confirmed that the jailbreak is only for security research purposes, and, like Chen"s jailbreak, won"t be released to the public. In fact, the team has already submitted a report to Apple and the exploit will likely be patched in the next version of iOS 11.

So, while you may not be able to jailbreak iOS 11.2.1 just yet, it"s definitely possible. We just need to wait and hope that a jailbreak group like the Pangu team puts something together for public release.

If you do intend on jailbreaking your iPhone, we"d recommend staying on iOS 11.2.1 as it"s at least proven to be possible to jailbreak, even if nothing is available just yet.
Posted by Unknown at 16:46