NEW DELHI: Samsung has kicked off its CES 2018 conference by unveiling what can be called it"s first ever 146-inch "modular" TV. Named as "The Wall", the micro-LED TV is said to "transform in to any size" while showing bright and colourful content.

"As the world"s first consumer modular MicroLED television, "The Wall" represents another breakthrough. It can transform into any size, and delivers incredible brightness, color gamut, color volume and black levels. We"re excited about this next step along our roadmap to the future of screen technology, and the remarkable viewing experience it offers to consumers," said Jonghee Han, President of Visual Display Business at Samsung Electronics.

The Micro LED 146-inch TV serve as their own source of light and don"t require color filters or backlight. The Wall by Samsung is also said to be durable and delivers luminous efficiency. The appliance is seen with a bezel-less design. However, the South Korean tech firm is keeping majority of the specifications for later, leaving The Wall nothing more than a concept. 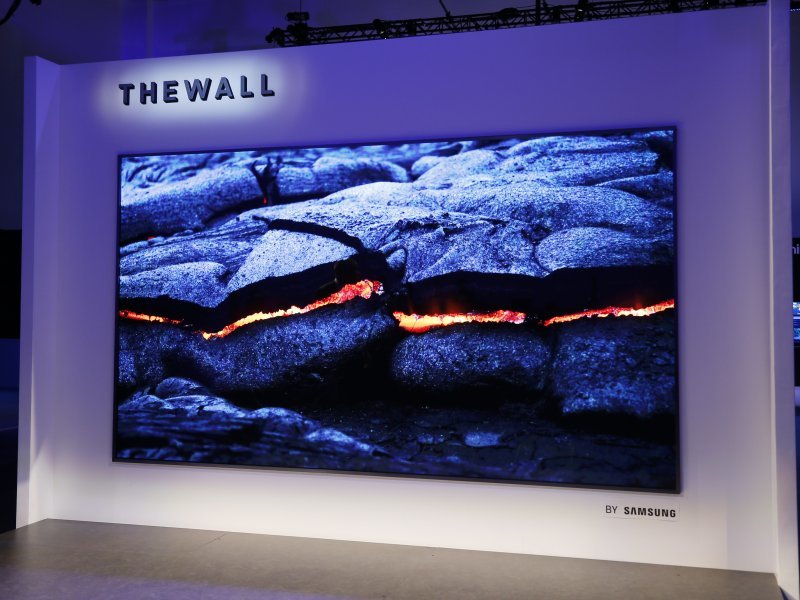 There is no word on the pricing and availability of The Wall by Samsung. It shouldn"t come as a surprise if Samsung decides to price the product exorbitantly.

The Wall is not Samsung"s first launch of CES 2018. The company has already announced its first curved monitor with Thunderbolt 3 connectivity as well. This too, will be showcased at the CES conference, which is scheduled to officially begin from January 9 and go on till January 12.

Named CJ791, the curved monitor by Samsung is touted for its Thunderbolt 3 support. This means it will also eliminate extensive wiring while docking it to a laptop or monitor.