After years of being called out for lack of innovation, Apple announced an ultra high-end iPhone--in addition to its annual incremental hardware upgrades. As expected, Apple unveiled its 10th anniversary iPhone on Tuesday. After years of incremental—sometimes underwhelming—updates to the iPhone, the new iPhone X sports a series of bleeding edge innovations in what Apple called "The future of the smartphone."

From its laptop-level performance with a 6-core processor to a nearly edge-to-edge OLED screen to Face ID login to an AR-enabled infrared camera, the iPhone X leaps forward in ways that its competitors are destined to emulate.

The iPhone X has glass on the front and back—which will make it less slippery than the metal backs on the last few iPhones. It comes in two colors, space gray and silver. It starts at $999 with pre-orders opening on October 27, and the iPhone X arriving in stores on November 3. That compares to the iPhone 8, which starts at $699 and arrives September 22.

Let"s break down the top three features that professionals will care about in the iPhone X (pronounced "iPhone Ten"). 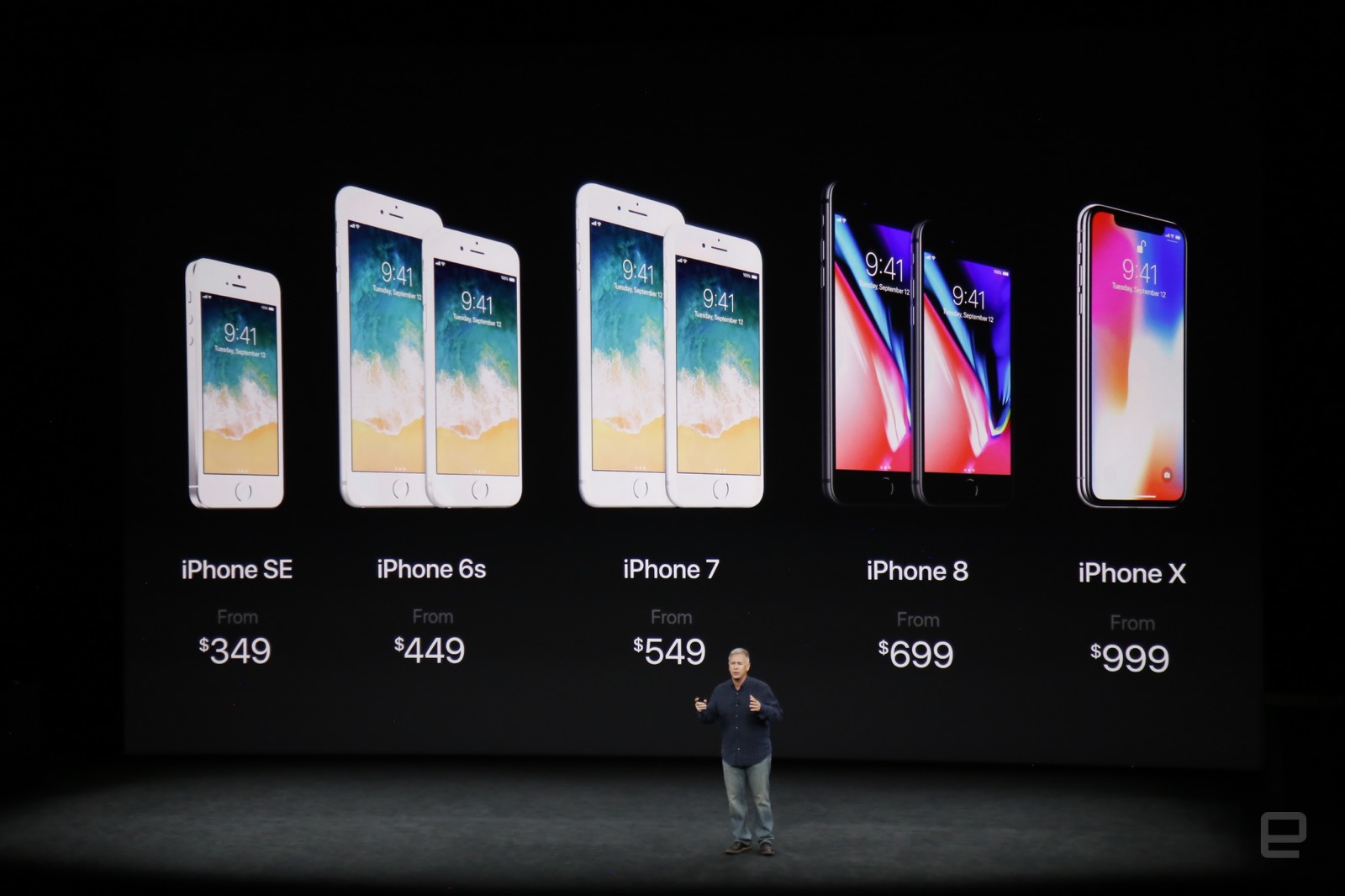 The signature feature of the iPhone X is the nearly bezel-less 5.8-inch OLED screen with 2436x1125 resolution. It"s an upgrade from the 5.5-inch 1080x1920 LCD on last year"s iPhone 7 Plus. The killer feature is that the bigger screen comes in a smaller package since it eliminates the bezel—so the iPhone X is roughly the same size as the iPhone 8 (with its 4.7-inch screen) while offering a larger screen than the iPhone 8 Plus.

Apple has dubbed this the "Super Retina Display" and it features 458 ppi, HDR10, and Dolby Vision technologies.
For professionals, a bigger display always has the potential for greater productivity since it can lead to less scrolling. Many will also welcome the smaller form factor to make it more portable and easier to carry. However, some will rue the loss of the home button and the fingerprint scanner—the two main victims of the bezel-less display.

Apple replaces Touch ID with Face ID, its biometric facial recognition scanner. The iPhone X makes a 3D mathematical model of your face using its "True-Depth Camera System," which includes a new infrared camera. It maps 50 facial muscles in real-time and uses machine learning to recognize you even if you cut your hair, put on your glasses, wear a hat, or are in a dark room.

All the processing is done on the A11 processor on the iPhone X and is not sent to the cloud, according to Apple"s Phil Schiller. He said that the ability for someone to unlock Touch ID with a similar fingerprint is 1 in 50,000, while the odds jump to 1 in a million for Face ID. Schiller also said that Apple worked to make sure it couldn"t be spoofed by photographs and even brought in Hollywood makeup artists to help make sure it couldn"t be faked by prosthetic masks.

To activate Face ID, a user raises the phone to wake it up, swipes up from the bottom of the screen, and looks straight at the phone. It will work with Apple Pay as well.

I still wonder if Face ID will be as fast and convenient as Touch ID, which you don"t have to be looking at your phone to use. I also have my doubts about whether Face ID will work when you"re wearing sunglasses or have odd shadows or lighting on your face.

With ARKit, Apple leapt into the augmented reality space with a solution to empower developers in turning the iPhone into an AR platform. And while the success of Pokémon GO showed that even older iPhone hardware could be used for AR, the iPhone 8 and iPhone X hardware open up new possibilities for AR with more powerful cameras.

The iPhone X"s "True-Depth Camera System" was built not just for Face ID but also AR. The infrared camera and mapping capabilities will give developers a lot more power and detail to work with in creating AR experiences. We"ve barely scratched the surface of what"s possible, but it"s going to be very interesting to watch what developers will do by pairing ARKit with the AR hardware in the iPhone X—especially enterprise developers.

Source: TechRepublic
Posted by Unknown at 08:26