How to reset your iPhone

Even though we’ve spent years with the iPhone, and discovered countless tips and tricks to get the most out of it, it’s always good to remind ourselves of the phone’s basic functions and when it’s best to employ them. Something everyone needs to know is how to reset an iPhone. The steps needed to do so were exactly the same on every device up to until the iPhone 6S Plus, but things changed a little with the release of the iPhone 7 and 7 Plus.

If you upgraded from a previous iPhone model to the iPhone 7 or the latest iPhone X, but have never needed to reset it, you may be at a loss as to how to begin the process. It’s not radically different from how it was before, but if you’re used to the old way and have attempted to use it on the iPhone 7 or iPhone 8 Plus, you’ll quickly realize it doesn’t work. Don’t worry, we’re here to explain how to reset your iPhone, when you should restart it, and how to force a restart when your phone is not responding. We’ll also lay out the differences between a restart, or a soft reset, and a factory reset.

How to reset your iPhone (soft reset)

The easiest way to reset your iPhone is basically the inverse of turning it on. This method is often referred to as a “soft reset,” meaning you won’t lose any data and nothing will be deleted from your phone. The best time to perform a soft reset is when your phone is running a bit slower than usual, an app isn’t opening or working properly, or some other relatively small problem has occurred, but your iPhone is still responsive. 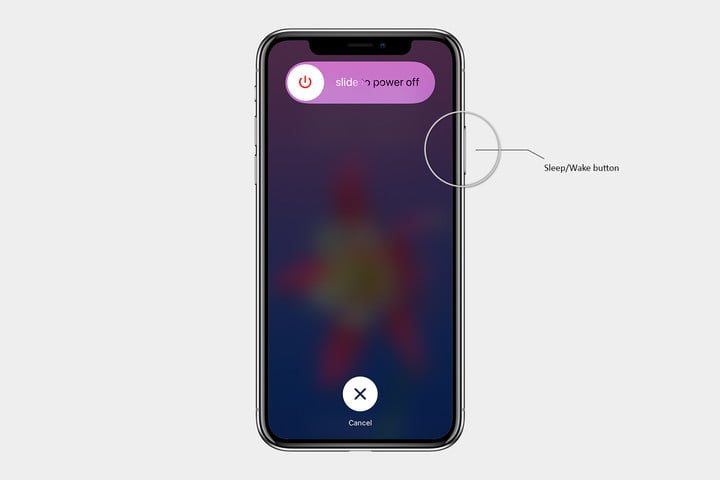 Step 2: Rest your finger on the slider, then swipe to the right.

Step 3: Once there’s nothing on the screen and it goes black, press and hold the Sleep/Wake button again until the Apple logo appears. 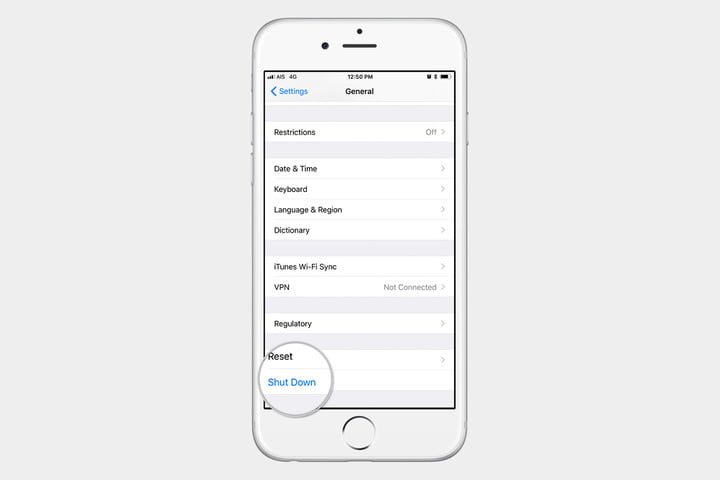 Alternatively, provided you have iOS 11 or later installed, you can go to General > Settings and scroll to the bottom where you’ll find Shut Down. When you tap Shut Down, you will see the Slide to Power Off slider. You can then proceed to Step 2 above.

How to force reset your iPhone

Another way to reset your iPhone is to do what Apple officially calls a “Force Restart.” Once again, no important data will be lost. A “force restart” is recommended when your iPhone is completely unresponsive. Examples of this include times when your iPhone’s screen turns black (despite it being powered on), the screen freezes, or your iPhone encounters an issue during startup.

The exact way to perform a force restart differs between older iPhone models and the iPhone 7 and later. Instead of a traditional Home button, the newer iPhones have a Home/Touch ID sensor, which isn’t used to trigger a force restart, and, as we discussed in our iPhone X features rundown, Apple has done away with the Home/Touch ID sensor in the iPhone X entirely in favor of the new Face ID.

On the iPhone 7 and later: 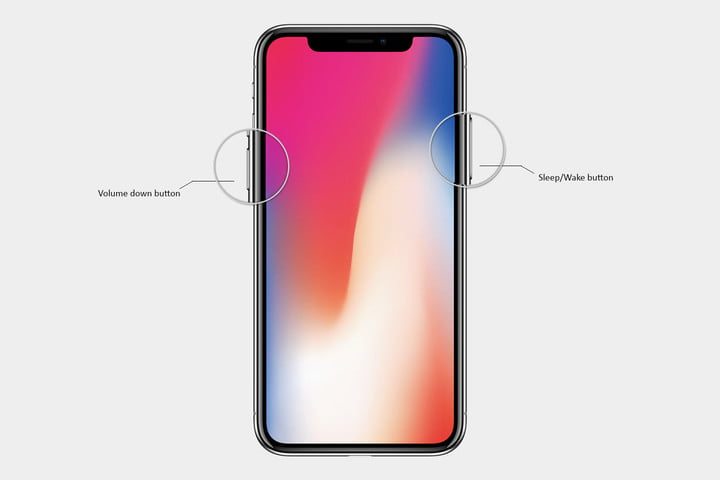 Step 1: Press and hold the Sleep/Wake and Volume Down buttons until the Apple logo appears.

On the iPhone 6S and earlier: 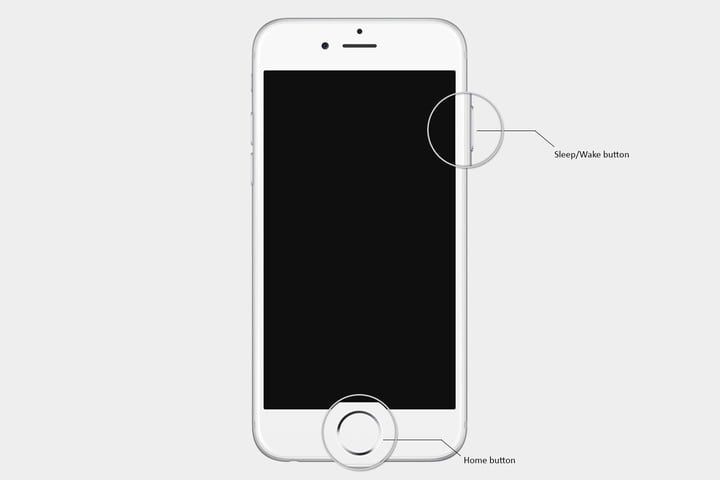 Step 1: Press and hold the Sleep/Wake and Home buttons together until the Apple logo appears.

What do you do if a restart doesn’t work? Use Force Restart to enter DFU mode

DFU stands for Device Firmware Update. This mode will allow the iPhone to interact with iTunes without loading the operating system. If your iPhone’s operating system is in a state of failure, where you really can’t do anything with your phone and the iPhone is completely unresponsive, entering DFU mode allows you to restore the iPhone. This process will delete everything you had on your device, but sometimes this may be the only way to bring your iOS device back to life. Hopefully, you followed our guides on how to backup your iPhone, with or without iTunes, so that you can recover your data after you erase your iPhone.

Here’s how to enter DFU mode.

For iPhone 7 and later

Step 1: Plug in your iPhone to your computer and open iTunes.

Step 2: Perform a Force Restart by holding down the Sleep/Wake button and the Volume Down button at the same time for 10 seconds.

Step 4: Keep holding down the Volume Down button for an additional 10 seconds.

Step 6: You will see a message on your computer screen saying iTunes has detected an iPhone in recovery mode.

Step 7: Click OK on this message to begin restoring your iPhone.

For iPhone 6s and earlier

Step 1: Plug in your iPhone to your computer and open iTunes.

Step 2: Perform a Force Restart by holding down the Sleep/Wake button and the Home button at the same time for 8 seconds.

Step 5: You will see a message on your computer screen saying iTunes has detected an iPhone in recovery mode.

Step 6: Click OK on this message to begin restoring your iPhone.

What’s the difference between a soft reset, a force restart, and a factory reset? 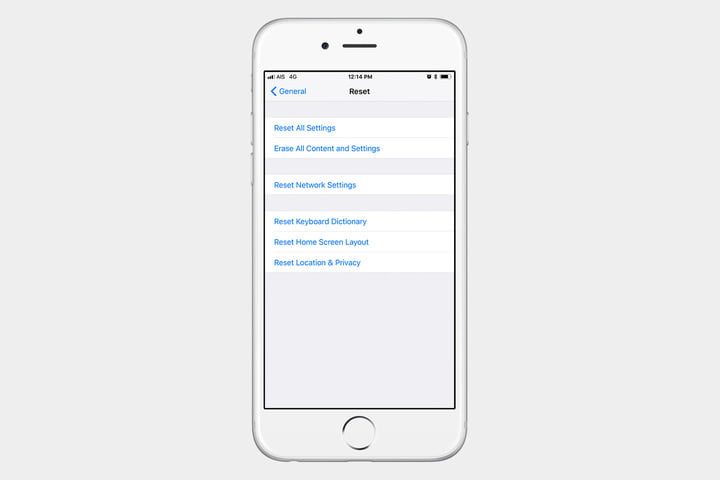 Restarting your iPhone using the software option, or a soft reset, will not result in the loss of any data. The same is true of a force restart, which allows you to use the hardware keys to restart your iPhone when the touchscreen isn’t responsive. A Factory Reset is a completely different beast, however. It essentially reverts your iPhone back to the way it was when it first came out of the box — it wipes all content, settings, and personal information from the device.

We often recommend factory resetting your iPhone as a last resort if you’re having issues that you can’t solve, but it can also be used when you’re trading your iPhone in, giving it to a friend, or if the phone has been lost or stolen. It’s not a permanent process, however, since a previous backup can be used to restore everything that was once on your phone.

Source: DigitalTrends
Posted by Unknown at 16:54