Regardless to say, Play Store or Android Market is one of the most used App markets in the history of the smartphones. Play Store is the official services been developed and operated by Google that serves the Android users allowing them to access and download any kinds of games and applications they want on your phone.

Ranging from Camera apps to photo editing apps, from video maker apps to social media app, all can be accessed directly from the Play Store, that has been around since the evolution of the Android smartphones.

Recently, Google has made some changes in the Play Store, in order to enhance its user’s experience. The company stated that it has started incorporating app quality signals in the ranking algorithms.

That means, a potential app, having no issues with its working, quality, and performance will automatically rank higher in the search results than the ones having lower quality. 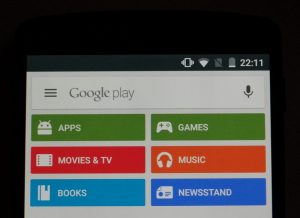 Well, that is definitely a good step from Google that found it to have a positive impact on engagement, as users can now download higher quality apps on their phones and don’t have to uninstall them often.

The reason for this good change has been claimed to provide the best experience to the Android users. They claimed that an internal analysis of app reviews showed that 50 percent of 1-star reviews mentioned stability as the main issue.

Well, the fact here is, no one wants to get the unstable app who drains excessive battery, slow render times and crashes frequently. That is what the Google Play Store understands and focuses on the performance of the apps and ranked them accordingly. Now users can get the higher quality apps and games on the top of their search list without any hassle!

For more info regarding the Android Store, keep visiting us!