The Apple TV 4K was unveiled in September 2017, and it"s pretty great, but we"re never satisfied with what we"ve got now. Instead, we"re looking ahead to the next version of the Apple TV: the sixth-generation model, which we"re optimistically hoping will appear in 2018.

What"s next for the Apple TV, Apple"s set-top box combining a digital media player, a games machine and a platform for apps with the ability to stream content from iOS devices and Macs to a TV? When will Apple launch the sixth model? Is the Apple TV still a "hobby" product (as Steve Jobs once described it), or has the company started taking television seriously?

In this article we gather and analyse the latest rumours and leaks related to the Apple TV 6: its release date, new features, specs and price.

If you"re looking for information about the current range, we"ve got plenty of details, including pricing and the best places to buy in our Apple TV buying guide.

We also have a guide showing how to set up the Apple TV and some Apple TV tips.

The fifth-gen Apple TV came out in September 2017 so we shouldn"t expect the next model for a year and quite possibly more. Here"s when each of the models came out:


Based on past behaviour autumn 2018 really is the earliest it could possibly come out, and it seems likely that we"ll have to wait until 2019 for the next model. The only way we can see an update arriving earlier than that is if Apple rolls out a very minor or incremental update with few significant changes - a little like the minor update to the third-gen model released in Jan 2013. 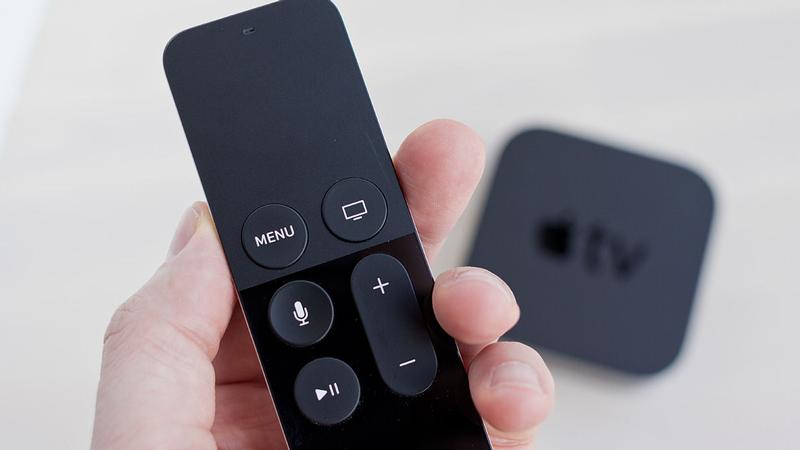 The new Apple TV is likely to feature an array of new hardware features, which we outline in this section. This is without mentioning the significant software updates that will be added in tvOS 12.

tvOS is the version of iOS that works on the Apple TV. It was introduced with the Apple TV in 2015 and brought with it the Apple TV Store. We expect to see an update to the tvOS in September 2018 alongside iOS 12.

It is possible to use Bluetooth headphones with the Apple TV, but there are some limitations as to how many Bluetooth devices can be paired, especially if one of them is an audio accessory. You can at least pair the Apple AirPods, but unfortunately you can"t activate Siri on the Apple TV via the AirPods - something we imagine will change in future updates.

(You can pause media with a double-tap at time of writing, but not activate Siri.) 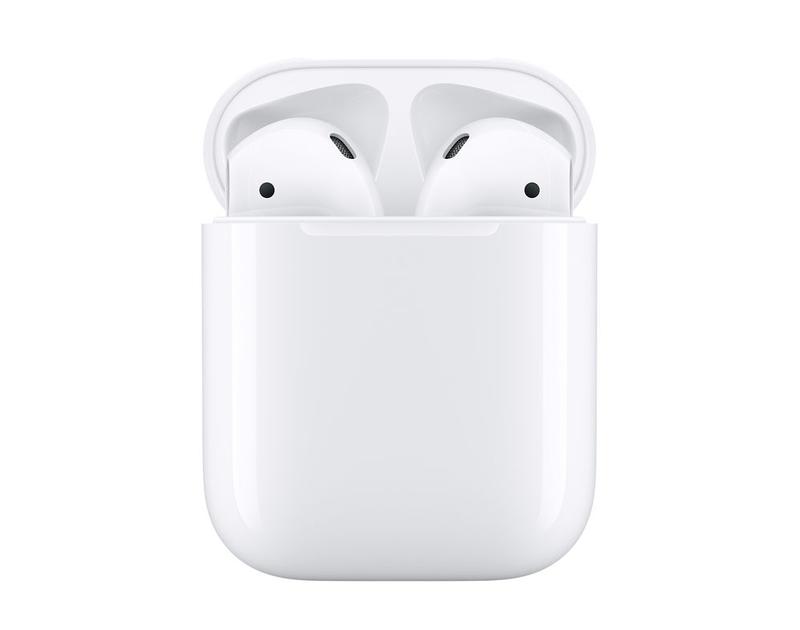 Apple"s recent forays into facial recognition tech found fruition in the unlocking method used by the iPhone X. Some, however, suggest the technology could also come to the Apple TV.

A future Apple TV could include face recognition technology so that once your Apple TV "sees" you it could automatically pull up your specific preferences for music, TV and - should HomeKit be integrated into the Apple TV - your IoT devices such as heating and lighting.

While it"s an interesting idea, we don"t think it"ll be a key feature of the sixth-generation Apple TV.

Will Apple make its own game controller?

Here"s what we"re expecting in terms of spec updates.

Given the 4K capabilities in the most recent Apple TV, we felt that an increased storage allocation was likely, but instead it comes in 32GB and 64GB models, the same as on the 4th-gen model.

We expect that Apple will add a 128GB offering at some point, and it is conceivable that a 256GB version could be added. Mind you, we suspect that Apple"s customers don"t need so much, since they are streaming content and storing content in iCloud.

The 4K Apple TV needed a faster processor, and sure enough it got an upgrade from the A8 chip, which was launched with the iPhone 6 and iPhone 6 Plus in September 2014 to the A10X Fusion. Another upgrade is a possibility for the sixth model.

The Apple TV 4K currently sells for £179 (with 32GB of storage) or £199 (64GB). The next generation should be priced at a similar point, although note that one of Apple"s customs is to continue to sell an older model as the lower priced entry level option. For that reason we anticipate that Apple may continue to sell the 2017 Apple TV as an entry-level model. 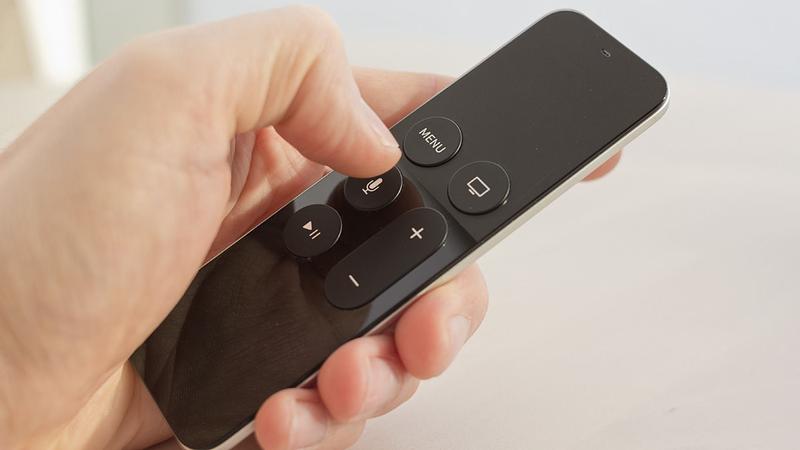 Apple is preparing to launch some TV shows - actual original content - and has made a lot of significant hires in that field. It is also in talks with movie studios about the chance to offer rentals of movies just weeks after they appear in cinemas.

There is more information about Apple"s plans to make its own programmes in this article: Apple"s TV and movie streaming plans.

The company hasn"t given up on the idea, and may just let others do the hard work for it. As Apple"s head of services Eddy Cue said: "Whether we"re providing it or somebody else is, it really doesn"t matter to us. What we"re trying to do is build the platform that allows anybody to get content to consumers. If a Time Warner [Cable] or a DirecTV wants to offer a bundle themselves, they should do it through Apple TV and iPad and iPhone."

Apple may have changed its tactics in providing access to content to watch on the Apple TV, but we expect it will be overhauling the way it offers content over the next few months. We anticipate a move away from the pay-per-programme and film-rental format of iTunes now that Netflix and other services offer this content to subscribers.

Is TV still important to Apple?

With the iPhone being such a large part of Apple"s business, and the Apple Watch potentially being the device that takes it into the future, could the Apple TV fall into oblivion? In the past Apple has let years pass without updating the device - could the same thing happen again? We doubt it.

As we mention above, the original Apple TV was announced in January 2007, shipping in March 2007, making this year its tenth anniversary (we think Apple could be planning a new Apple TV to celebrate this milestone). A lot has changed in the past ten years. Initially Apple referred to the Apple TV as a hobby product, but in recent years it has become a much more significant part of the business.

In fact, TV was an area of great interest to Apple"s late co-founder and CEO Steve Jobs, who told his biographer Walter Isaacson: "I"d like to create an integrated television set that is completely easy to use... It will have the simplest interface you could imagine. I finally cracked it." The appearance of this quote in the Steve Jobs biography led to years of speculation that Apple would launch a TV set. Despite those rumours, an Apple TV set never appeared, but Apple remained interested in the area.

Apple CEO Tim Cook said in September 2014: "Think how much your life has changed, and all the things around you that have changed, and yet TV, when you go into the living room to watch TV or wherever it may be, it almost feels like you"re rewinding the clock and you"ve entered a time capsule and you"re going backwards. The interface is terrible, I mean it"s awful. You watch things when they come on unless you remember to record them."

Apple"s first move to reinvent the TV came with the release of the updated Apple TV in 2015, and with it tvOS and the TV App Store. Over the months that have followed Apple has provided some software updates to users, but no new hardware... yet.

That doesn"t mean Apple"s given up on it: the hire of former Amazon Fire TV chief Timothy D Twerdahl indicates that TV is still an important area for Apple. Twerdahl is the new vice-president in charge of Apple TV. He was previously the head of Amazon"s Fire TV unit, and before that held executive positions at both Roku and Netflix, so he has plenty of experience when it comes to streaming TV services.

However, a Bloomberg report claims that Apple has had to make many compromises that mean it is unable to fulfil Steve Jobs" dream of reinventing the television, or CEO Tim Cook"s ambition to transform the way we watch TV.
Posted by Unknown at 08:50