Best iPhone: What is the best iPhone for most people?

It may not be the only choice, but for thousands of people when buying a smartphone, the iPhone is the obvious choice.

Android smartphones may resemble iPhones hardware and software at times but Apple has a hold on the smartphone market in the west and it doesn"t look like letting up any time soon.

Yet with the unveiling of the iPhone X and iPhone 8, there are now eight different iPhone models to choose from, including 2015"s iPhone 6s. That"s unusual, and means we have racked our brains to rank the iPhones from best to worst.

This of course is the subject of much passionate debate here at TechViral.

The debate over which iPhone is truly best could rage for days, and for many diehard fans it"s the most recent iPhone with the best specs. But many people simply don"t need - or can"t afford - the most expensive iPhone.

We"ve ranked the lineup to represent the best iPhones for most people. We took into consideration age, size, price on contract or handset only, performance and more to decide which should sit atop the charts. 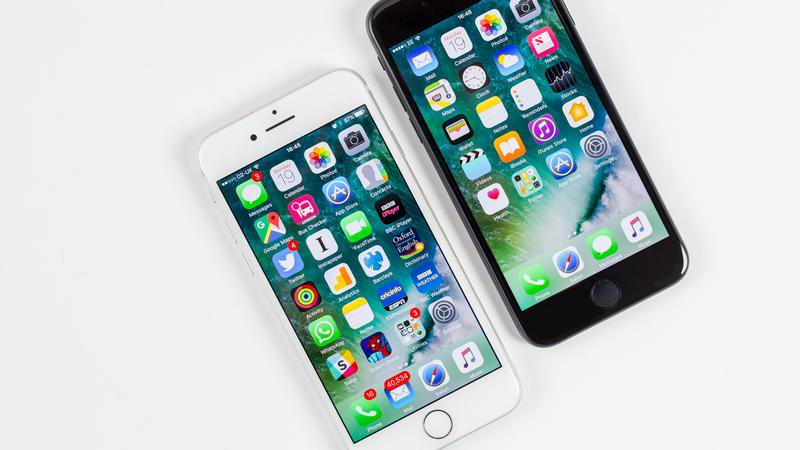 It"s not the newest iPhone out there, but we think it represents the best combination of value, performance and design for most people.

The 4.7in Retina display, decent speakers, battery life and access to the peerless iOS App Store are backed up by its relative affordability, starting at £549. Contracts in the UK can be found for around £40 per month.

It lacks a headphone jack, but it is waterproof and a better phone than the iPhones left in the lineup that still have one. Plus, you get Lightning headphones and a 3.5mm jack adapter in the box, or you can invest in Bluetooth headphones like AirPods. 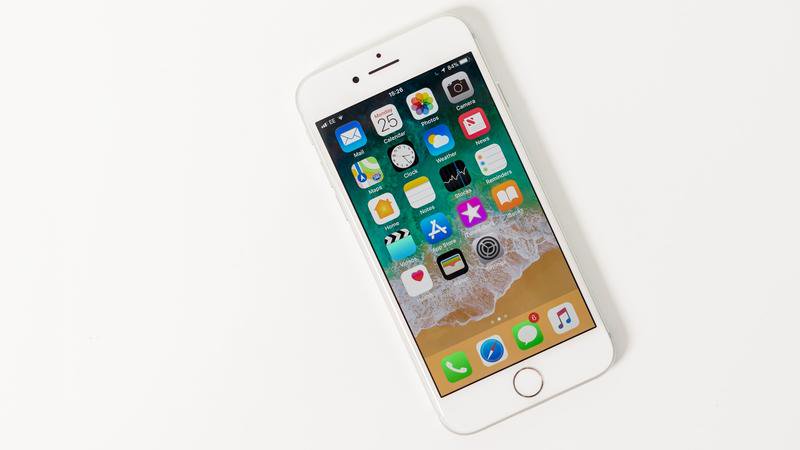 If you must have the latest and greatest iPhone, the iPhone 8 is it (for now). It sits at No. 2 as it is the iPhone many will want, but at £699 a whisker overpriced. But it adds wireless charging, a better True Tone display and improved battery life to the same design as the iPhone 7 - except the 8 has a glass back.

On contract, it starts at around £49 per month with an upfront cost.

What it loses out to the 7 in value it trumps it with in performance - the A11 Bionic chip inside is currently the most powerful in any smartphone. So if you need to do some truly heavy lifting in gaming, video or music production, the iPhone 8 is the one to go for.

If you don"t want to spend at least £49 per month on the 64GB iPhone 8, you can either wait till the contracts get cheaper, or check out the iPhone 7, which also has waterproofing but no headphone jack. 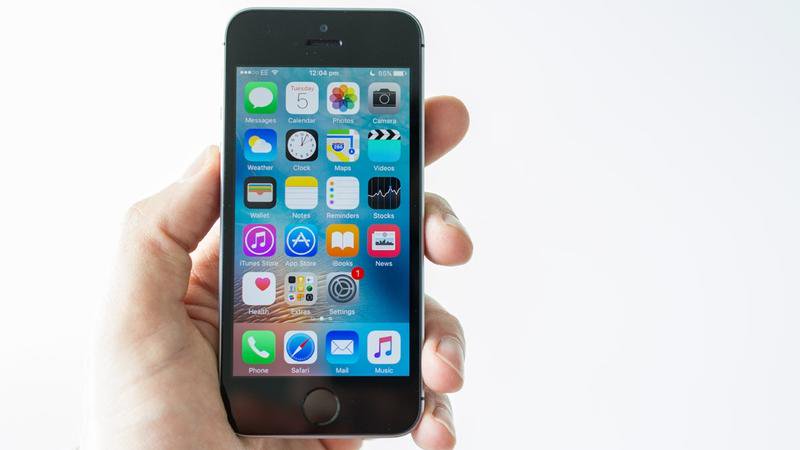 The often forgotten but best value iPhone in the line up is the iPhone SE. Argos currently sells the 32GB model for £299 - compared to the £699 of the cheapest iPhone 8. Contracts start from an amazing £15 per month.

On release, it boasted the very same A9 chip as in the iPhone 6s (the then flagship model) which now is still zippy but is a compromise for the price you pay. Most apps for most people will work absolutely fine, but gaming will begin to be a struggle soon.

The 4in display is the smallest on a current iPhone, and it"d be worth checking one out in store as most phones have larger screens now. But if you can cope with it, you"ll enjoy a headphone jack, Touch ID, a Retina display and solid iPhone performance for under £300.

Bear in mind though that it lacks the 3D Touch features of the iPhone 6s, 7 and 8 lines. 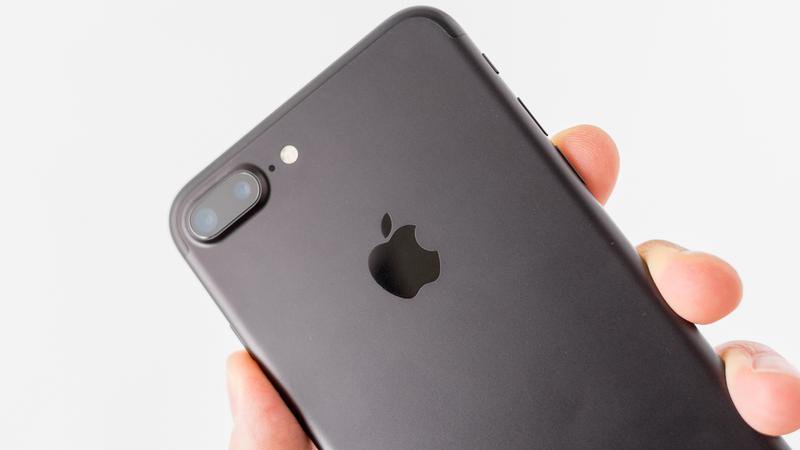 The first large phone on our list is at No. 4 as many people won"t want a larger display, particularly in such a large handset as this, but the dual cameras of the iPhone 7 Plus present a compelling option.

Now that it has gone down in price, starting at £669 for the handset or around £55 per month on contract, it"s more affordable than the very expensive 8 Plus.

The metal finish is beautiful, or you could opt for the jet black version, the highly polished edition that looks like it will only ever be for the 7 line.

The dual cameras allow the 7 Plus to have Portrait Mode, a setting that attractively blurs the background on shots of a focused subject. It’s brilliant, and the best example of software tweaking on a camera app.

The handset is quite large for a display of 5.5in, but if you don"t mind the bulk then it"s a great choice. 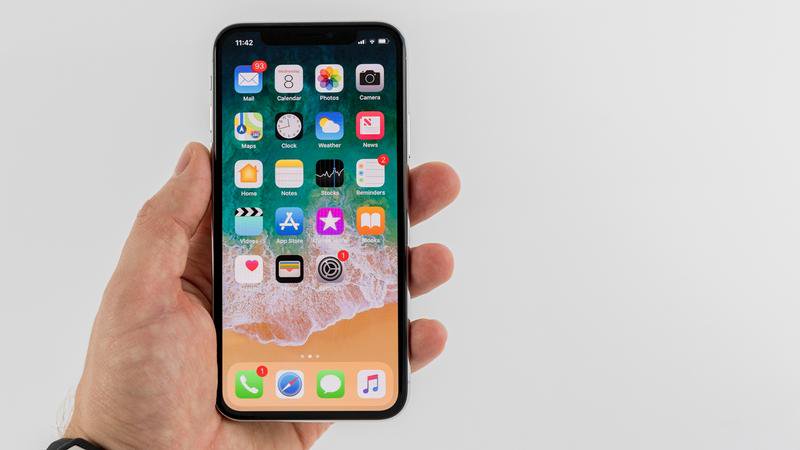 This might seem like a lowly position for Apple"s latest and in most respects greatest smartphone. But for the average buyer its flagship features are overkill, its compromises potentially offputting and its price tag eye-watering.

The X starts at £999 for the unlocked handset, or from around £56 per month on contract. It"s a clear £200 more expensive than the 8 Plus, in other words, which we already think is too steep for most wallets.

There"s no headphone port, and no Home Button (so that the screen can be bigger) - the latter means that you need to learn a swathe of new button functions and screen gestures to do all the things that used to be activated via the Home button. Some people are also irritated by the notch at the top of the screen, which houses the sensors used for the Face ID facial recognition security system.

But oh my: if you can afford it, and stomach the compromises, this really is a beautiful device, with a huge super-sharp screen within a relatively small body, and astonishingly powerful. And animoji are lots of fun. For most of us it"s simply impractical, but we can all still dream. 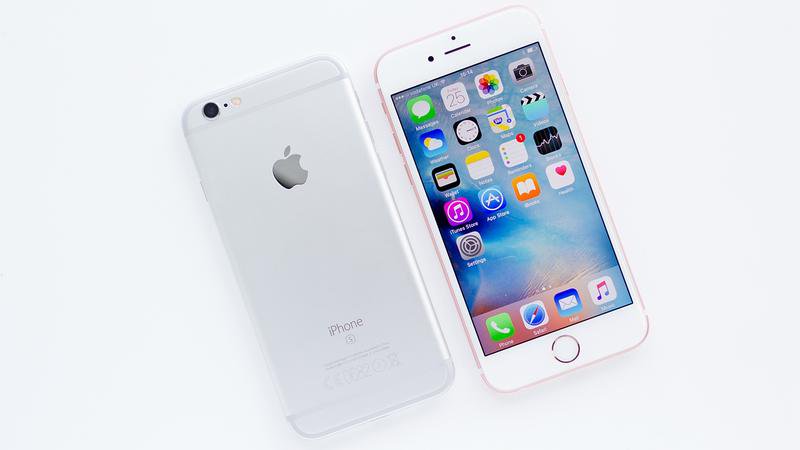 We find it odd that Apple is still selling the iPhone 6s that debuted in September 2015, but it kind of makes sense. From £449 outright or around £30 on contract it is a significant saving compared to the iPhone 8 with which it shares the same design.

You don"t get a static home button or improved cameras but it is a solid smartphone with a headphone jack and a good option if you don"t want to pay over the odds but find the iPhone SE’s screen too small.

It’s also the cheapest way to get an iPhone that has 3D Touch, the pressure sensitive tech under the screen that allows for richer interaction with the display in apps and on the home screen.

You might want to consider a newer model as this phone is over two years old, but if you"re a light user you won"t notice the compromises on battery life and processing power in comparison to the iPhone 7 or 8. 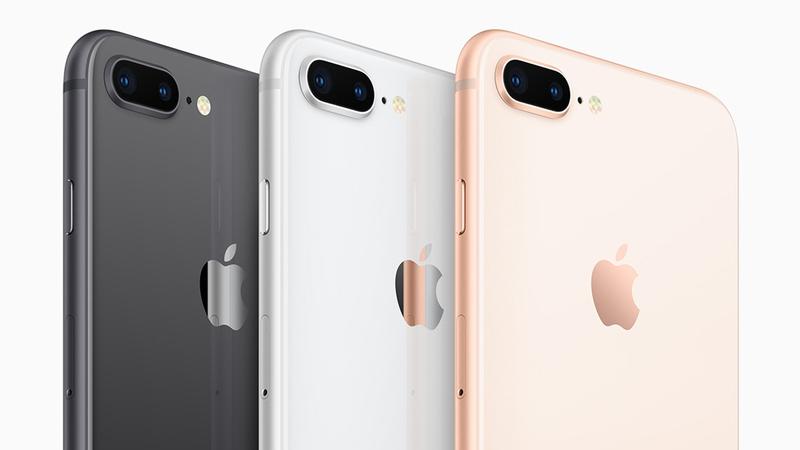 While the most powerful iPhone on this list, for most people the iPhone 8 Plus is overkill. At £799, it is a very expensive phone and most people will find the money hard to justify when the £549 iPhone 7 does all the basic functions to an acceptable degree but in a smaller form factor.

Unless you are planning to run a business, edit video or record music on your phone then you may struggle to justify the high price. Sure, you get a premium build, wireless charging and an improved display but most people don"t need these features.

The dual cameras are technically better than those on the iPhone 7 Plus, but the Portrait Lighting mode is still in beta and unless you"re a pro photographer then you might find it an unnecessary inclusion.

On contracts hitting £80 per month but starting at around £49, the iPhone 8 Plus is simply too expensive for most people at the moment. 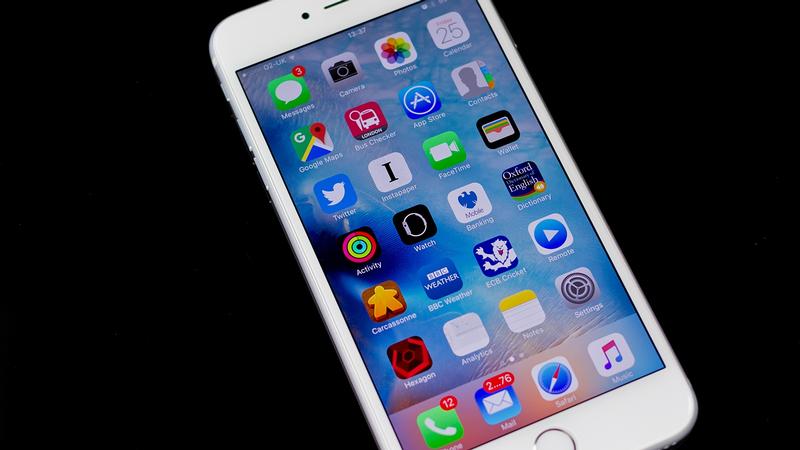 Some phones have to come in last, but the iPhone 6s Plus isn"t actually a bad phone. But in the current lineup, it must take bottom position given that it is two years old, and sports an ageing design and an old physical home button.

Then again, if you want a Plus-sized iPhone it is the cheapest in the line up from £549, and is available in Rose Gold unlike the iPhone 8 lines. (And it has a headphone jack!) On contract it costs from about £42.

But in contract, most people should plump for an iPhone 7 (or, if affordable, an iPhone 8) in order to not end up with a phone that"s four years out of date at the end of a two-year contract.
Posted by Unknown at 15:39