OnePlus: Google has labeled this app for OnePlus smartphones as "harmful"

NEW DELHI: Google Play has started showing one of the apps in the OnePlus 3 and OnePlus 3T smartphones as "harmful". The app called "FactoryMode" was previously known as "EngineerMode" was at the centre of the controversy wherein it lets any user gain root access to the smartphone. OnePlus later fixed the bug in the app and rebranded it as "FactoryMode".

Several OnePlus 3 and OnePlus 3T users have reported about Google Play placing FactoryMode as a "Harmful app" ever since the roll out of OxygenOS 5.0.1. The search giant, in the alert card on the smartphone"s screen shows "This app contains code that attempts to bypass Android"s security protections." It adds that, "Even if you have heard of this app or the app developer, this version of the app could harm your device." 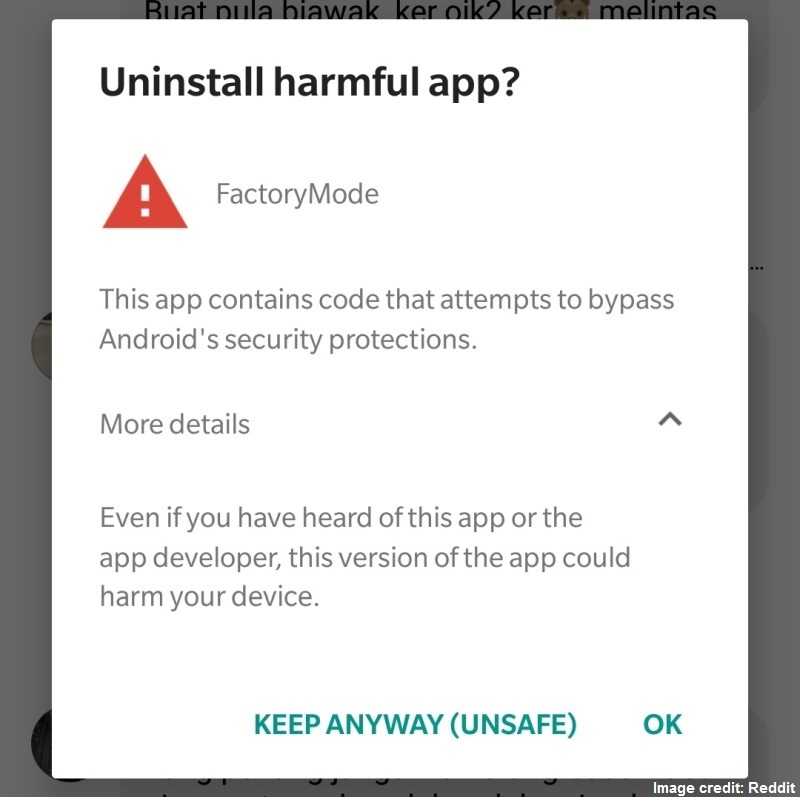 It is worth adding that users can still chose to keep the app or uninstall it as their wish. For those unaware, FactoryMode or EngineerMode is an app that is used to test smartphones as a part of their manufacturing process. The after sales team also requires it to check the device.

Since this is a beta version, users might come across some bugs and errors. Once users migrate to the beta patch, they will keep receiving beta OTA updates. Reverting back to the official OTA version would require full wiping of the smartphone.
Posted by Unknown at 14:47