Microsoft revealed the future of gaming in in November of 2010 and it was called the Kinect. This motion-tracking camera accessory for the Xbox 360 was supposed to usher in an era of controlling games with your body, but that never happened. Its newest consoles need an adapter for the Kinect, but you won’t find that anymore. After being out of stock for several months, the Xbox One Kinect adapter has officially been discontinued by Microsoft. Even if you pick up the discontinued Kinect camera, good luck making it work with a new console.

According to Microsoft, it decided to discontinue the Xbox One’s Kinect adapter in order to spend time and resources developing more highly requested accessories for the console. This doesn’t exactly come as a surprise, though. Kinect didn’t have long-term appeal for gamers or developers. The Windows version of Kinect was discontinued in 2015, and Microsoft killed the Xbox 360 Kinect in 2016. The Xbox One version died just a few months ago, but it’s still in stock at most retailers.

The Kinect is impressive from a technical perspective, but gaming experiences built around the motion controller are lacking. Many of the Kinect-enabled titles for Xbox 360 included few Kinect features, and many of those were entirely optional. The Dance Central games were probably the best example of what Kinect could do, but other titles using the Kinect’s motion controls were essentially broken. Despite Microsoft including Kinect with most early versions of the Xbox One, developers have released only a handful of Kinect games for that console. 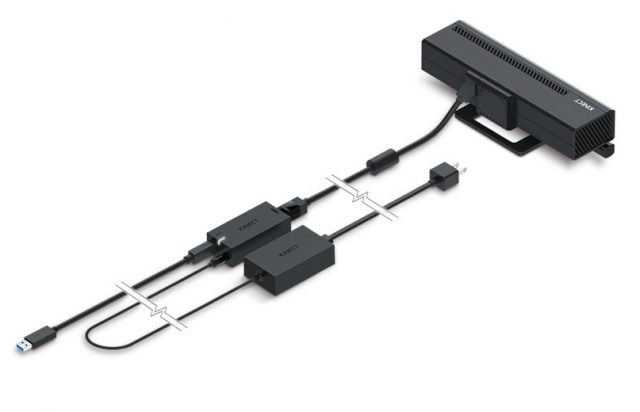 Microsoft shifted its focus away from Kinect when it first refreshed the Xbox One hardware. The Xbox One S lacked the proprietary Kinect port on the back. The same is true of the newer Xbox One X. Microsoft initially offered a free Kinect USB adapter to gamers who were upgrading from the original Xbox One to the One S, but that program only lasted a few months. The adapter was on sale after that, but it’s been out of stock at most retailers (including the Microsoft Store) for several months. Microsoft is just confirming that isn’t an accident.

The actual Kinect camera for Xbox One is readily available online, but it only plugs into the original version of the console. The adapter is only offered by third-party retailers that charge exorbitant sums of $300-400. You have to really like the Kinect to pay that kind of money for a cable. Without an adapter for Microsoft’s current-gen consoles, it seems like the Kinect itself isn’t long for this world.