If you"re looking for a new mouse for a Mac or MacBook, you"ve got plenty of options beyond Apple"s Magic Mouse (though we do have a soft spot for Apple"s peripheral).

These days most mice will work on either Mac or PC, so you"ve got access to just about the entire PC mouse market, from wired to wireless, trackpads to trackballs, and even the over-the-top dedicated gaming mice.

But what if you"re looking for something special to enhance your Mac browsing experience? We"ve rounded up a few of our favourite mice below - from Apple and beyond - so take a look. 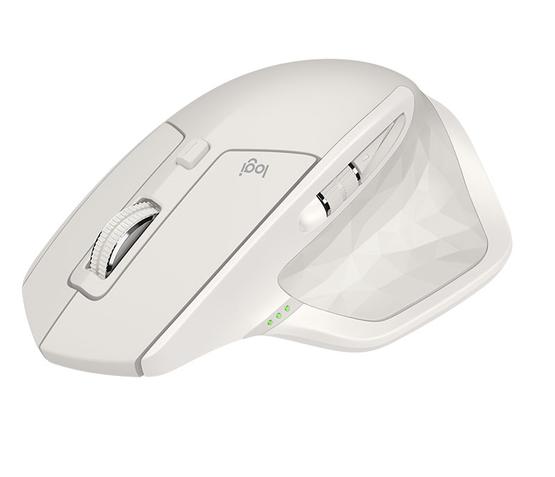 The successor to the original MX Master, the Logitech MX Master 2S is the latest mouse released by the company - and possibly the best to date.

First up, the design is gorgeous - and when can you say that about a mouse? It"s comfortable and the curves fit perfectly against your hand.

It utilises a Darkfield lasor sensor, allowing the mouse to track perfectly on almost any surface including glass. It also boasts an improved 4,000dpi compared to 1,000 on the first-gen mouse.

The MX Master 2S can be used via a wireless 2.4G (using a supplied USB dongle), Bluetooth or wired connection via microUSB, and can connect to three sources at the same time.

The biggest improvement is Logitech Flow, allowing you to seamlessly move your mouse between displays - even when they"re separate computers running different operating systems. It makes copying and pasting files and working across a multi-computer setup a breeze. The gesture controls that made the first-gen mouse so popular are still around, too.

Battery life is an important feature to consider when buying a wireless mouse, and the 2S has that covered. Only three minutes of charge will get you a full day of use, and when fully charged it lasts around 70 days. What"s not to like? 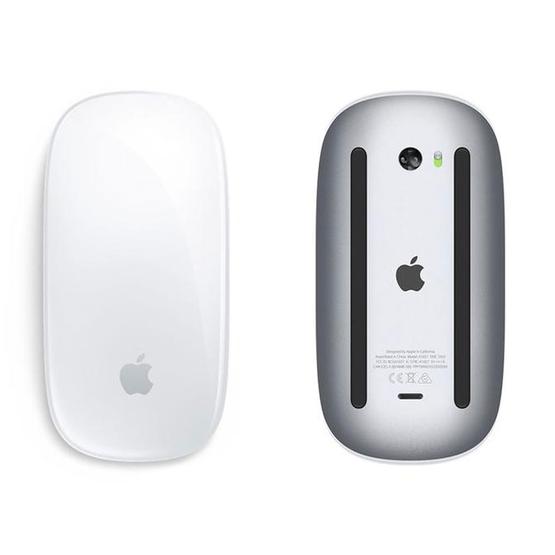 Buy one of Apple"s new iMacs and you"ll be given the option of the updated Magic Mouse 2, the latest take on Apple"s wireless mouse design.

It"s a design that"s divided opinion: many find that flat, sleek, symmetrical body shape too insubstantial to be comfortable in the hand, and this can in turn make activating its gestures tricky. But plenty of others enjoy the Magic Mice, and peripherals are after all a thoroughly personal matter. Try it before you buy it, we"d say.

If you"re interested and want to find out more about the Magic Mouse 2, read our full review here. 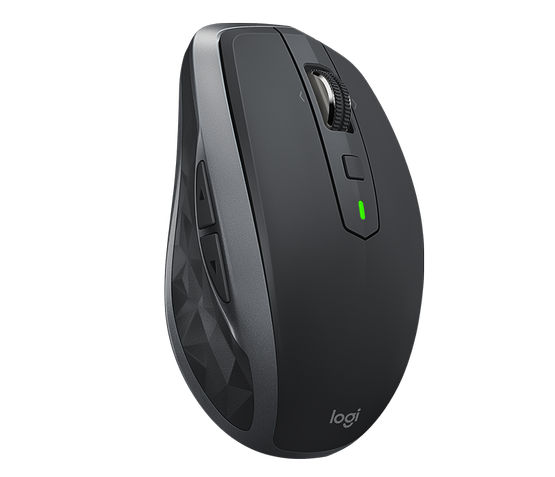 Logitech"s updated take on its portable mouse features a few hardware and software tweaks that make it one of the best wireless mouses on the market.

It features a Darkfield sensor with up to 4,000 DPI that works on just about any surface you try, and Logitech boasts that the batteries will last about 70 days.

The slim design boasts five buttons, including a scroll wheel that can swap between smooth and clicky scrolling, and it"s available in three different colours.

All of that would be impressive enough, but we haven"t even mentioned Flow, the new software innovation that allows the MX Anywhere 2S to connect to up to three devices at once and seamlessly move the cursor from one device to another, just as if they were multiple monitors for one computer.

It even works across both macOS and Windows, and it lets you copy and paste from one device to another. 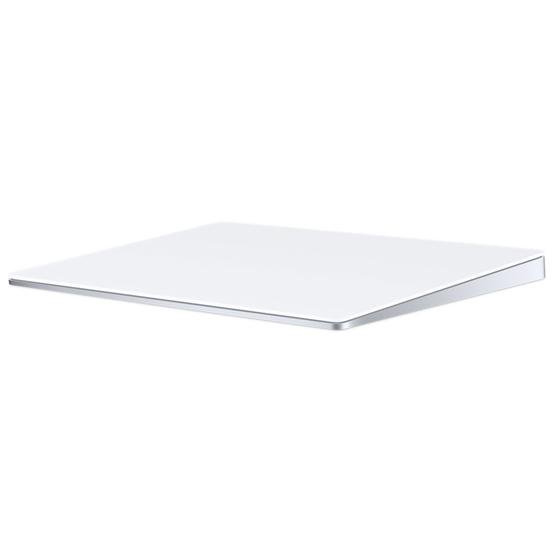 The second in Apple"s raft of "Magic" branded peripherals, the Magic Trackpad 2 brings Force Touch to desktop Macs for the first time. It comes at a cost, mind you.

The design is beautiful, with the whisper-smooth white matt top surface a particular highlight, and the ability to use harder Force Clicks to activate application-specific special commands, while a little confusing at first, is lots of fun and occasionally genuinely useful. This will only get more useful as more software companies develop for it.

Like the Magic Mouse 2, the trackpad has a rechargeable battery that"s charged via a (bundled) Lightning cable, and pairs with a Mac automatically the instant you plug it in. Assuming the Mac is running El Capitan or later, that is. 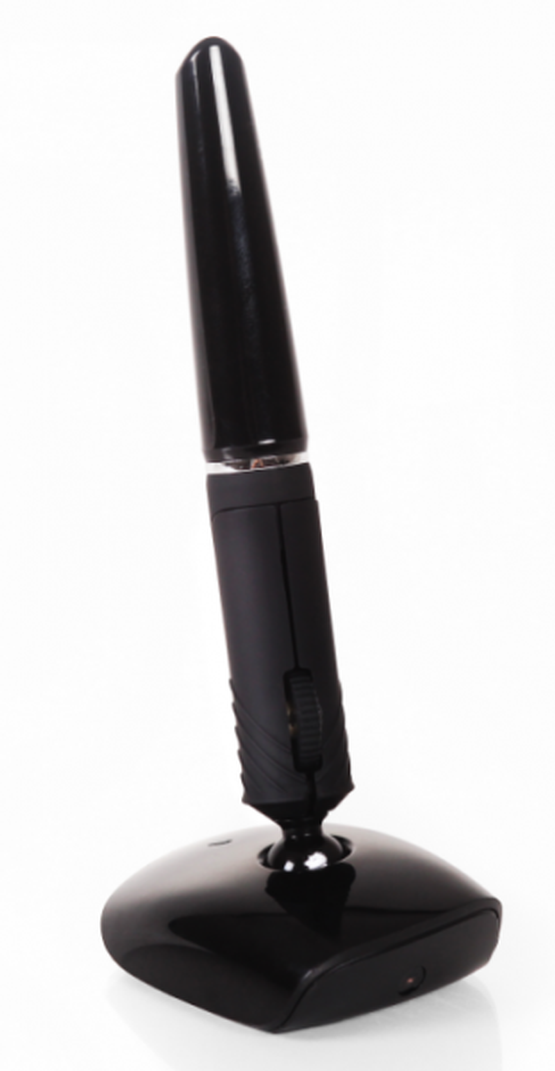 Here"s one for anyone fed up with mice that look like, well, mice - or, more importantly, anyone worried about repetitive strain injury (RSI).

Penclic claims the R3 helps stave off RSI by allowing your wrist to rest at a more natural, comfortable position on the desk, rather than hunched up into a claw. The base operates essentially like a normal mouse, which you move across the desk, but you hold the stem much like you would a pen.

We haven"t developed RSI yet, but that probably doesn"t tell you much. What we can say is that after a tricky adjustment period of a couple days we learnt to use the R3 just as quickly as any other mouse and found it impressively comfortable to use.

It"s powered by a single AAA battery, and comes with a rechargeable one included, topped up via Micro-USB.

The R3 comes with three buttons and a scroll wheel, but if you want something with more functionality the R2 is essentially the same but comes packed with five buttons.

This connects to your Mac wirelessly through an included USB dongle, but if you prefer there are also versions that connect by Bluetooth or wired. 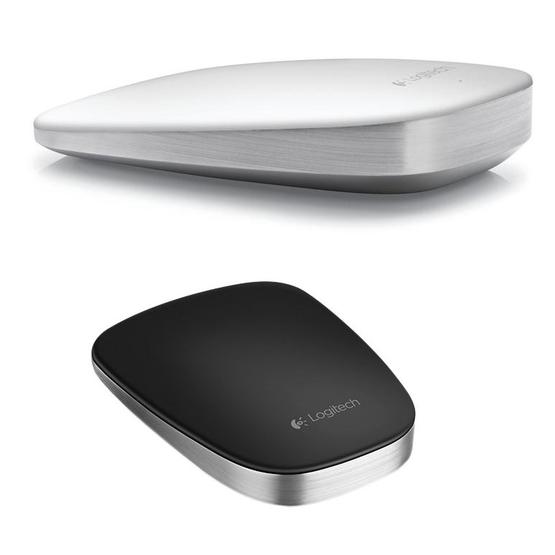 Logitech’s Ultrathin Touch Mouse T630 for Mac is a neatly designed little device that combines elements of both a conventional mouse and a multi-touch trackpad.

It lives up to its name too, with a slim, wedge-shaped design that measures just 0.7 inches (18mm) at the thickest, front edge of the mouse.

The brushed metal design makes a good match for most Mac models and, like Apple’s Magic Mouse, the entire top panel of the T630 acts as a mouse button, but it’s also touch-sensitive so that you can use it like a trackpad as well. It uses Bluetooth for wireless connectivity, and scores extra brownie points for including its own rechargeable battery, so you don’t have to spend any money on batteries yourself.
Posted by Unknown at 07:07