After months of rumours, Sony has taken the covers of the latest version of its Aibo robot dog. Last seen in the year of 2006, the robot returns after more than a decade in the shadows. Aibo was first launched in the 90’s and received an incredible reception. Sony sold three thousand units in just twenty minutes.  After the first few generations, interest waned and the company killed it in 2006. Now with the world making a move towards AI, Sony has tried again with Aibo

Of course, the 2017 version comes with many tech. it is AI powered for starters. Furthermore, it looks very un robot like; I’d even go to the extent of saying it looks cute! It can wag the tail, chase balls and Aibo can be taught new tricks. Unlike the previous generations, it has eyes. These are OLED screens that can show various expressions and comes with a round face a smiling mouth. 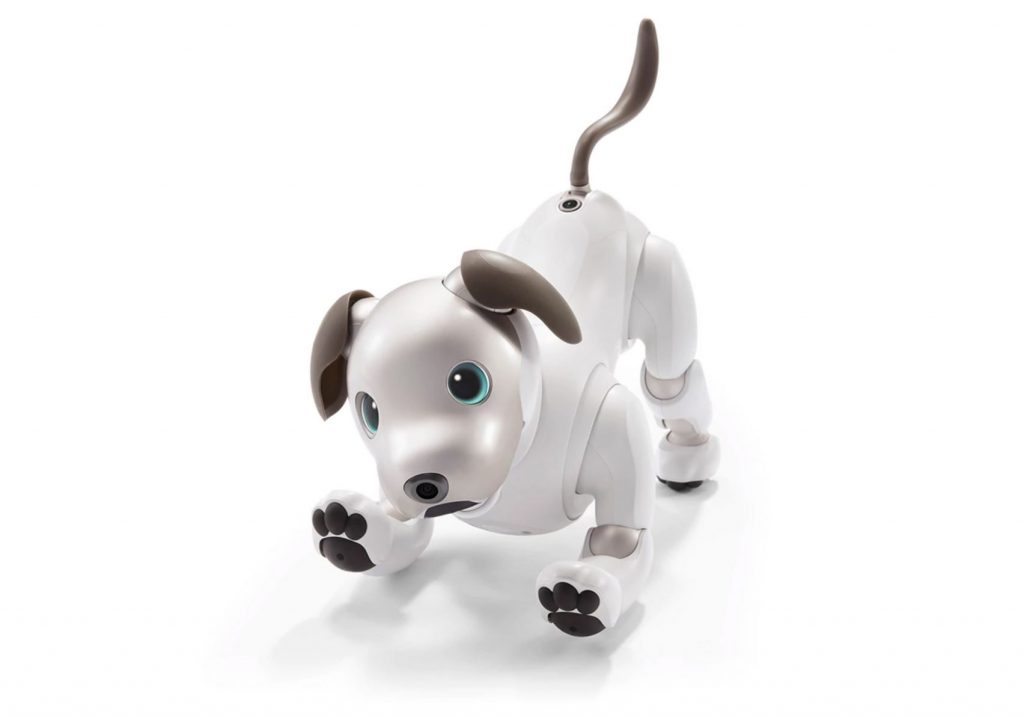 The dog comes with an app to connect it to a store. The hound hears and understands words of praise and eventually learns and remembers which actions make owners happy. With the owner"s permission, Aibo can constantly upload and update data stored in the cloud, changing its personality over time. You can even ask the hound to take pictures which it stores as memories that the owners can check through the app. Aibo will retail on January at a price of ¥198,000 ($1,740)

Sony has been making large in roads into the field it once reigned supreme. It recently partnered up with a small AI focused startup called Cogitai to further its ambitions and take on Amazon and Google. Aside from that, Sony launched a venture capital fund with the aim of investing in AI and robotics startups.
Posted by Unknown at 04:29