Design wise, the smart speaker looks eerily like the Amazon Echo. It is tall and features a cylindrical shape but it gradually widens towards the bottom. The key difference between the two is the build materials used with both. The Echo is made out of plastic which feels plastic, but thanks to a metal casing the Harman Kardon Invoke oozes a much more premium appeal. Harman Kardon’s expertise in making speakers is clearly visible here. 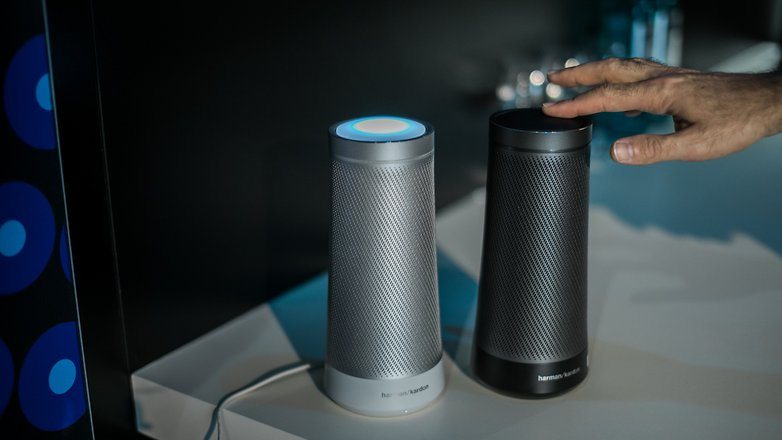 The top is touch sensitive and contains a frosted display that shows you when Cortana is listening and the volume level. It also has a seven-far-field-microphone in the top. There are just two buttons which you can use to mute and pair the speaker.

If you want to set up the speaker, you just need the Cortana app or a Windows 10 computer. After you have set it up, all you need to say is "Hey Cortana" to get started. It can search for music or give directions to your phone. The major downside of this smart speaker is the fact that it does not support Pandora. However, Microsoft has said that they are working on resolving this as well as bring Soundcloud and Deezer support to the Invoke.

Music is amazing with detailed mid-range, crisp highs and some decent low-end thump. The Invoke will have no problem filling up a room. This is all in thanks to its three tweeters, three woofers and two passive radiators.

The Harmon Kardon Invoke sells for $199.