Nikon recently released a new camera in their D5xxx range with the Nikon D5600. Rather than a complete overhaul, the company has opted for a modest upgrade. Here we take a look at the Nikon D5600.

Features in the Nikon D5600

Most of the features of the device are quite similar to the previous iteration. The resolution is stuck at 24.2 MP and has the APS-C-sized CMOS sensor. Furthermore, the cameras share the EXPEED 4 image processor and have the same ISO range. There is the same 3.2-inch vari-angle touchscreen display with a 1,037,000-dot resolution, although its operation has been improved. It now offers the frame-advance bar we have seen on both the D5 and D500 to speed up toggling through images, as well as a crop function for use during playback. The time-lapse movie function makes its way to the camera too and is an addition not found in the previous model. 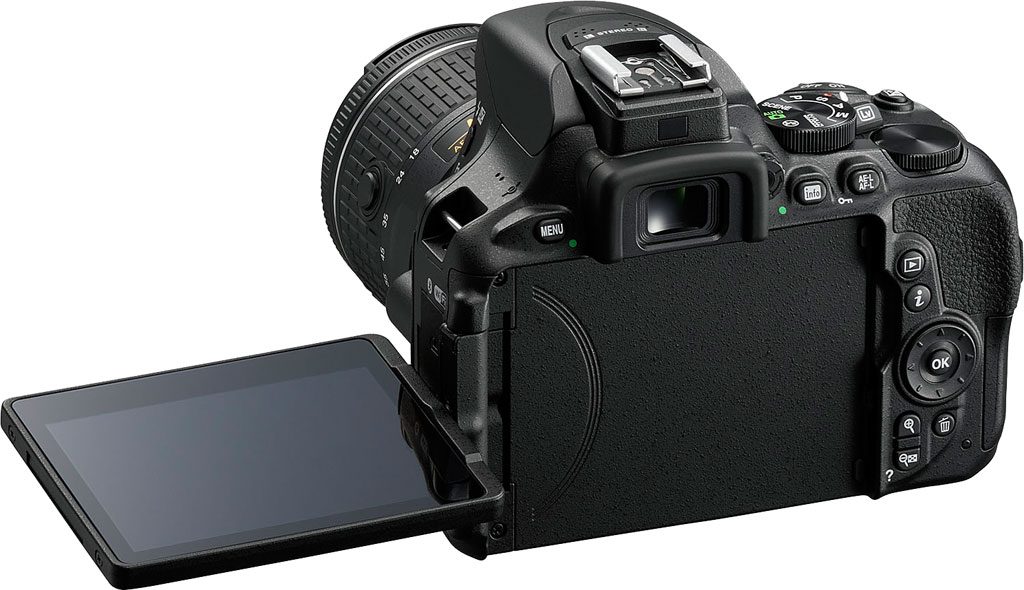 Build and autofocus of the Nikon D5600

The design of the D5600 is no different from the shell of the D5300 and D5500. It uses a monocoque build and is made of polycarbonate. The buttons are in the same location as the D5300 and it comes with a 39-point Multi-CAM 4800DX AF system. Autofocus happens pretty fast and is quite accurate.

Performance of the Nikon D5600

The Nikon D5600 can do burst shots of up to five frames per second which is the same for the D5500. The Matrix metering system works quite well and adapts itself to a wide number of situations. An area the camera excels at is its battery life. It can take approximately 820 shots on a single charge. It does not have 4K video but it can shoot 1080p at 60p, 50p, 30p, 25p and 24p frame rates. There is a small stereo microphone positioned just in front of the hotshoe.
Posted by Unknown at 17:35