While some Android manufacturers have included the feature for some time, it has taken Apple putting wireless charging into its latest iPhones for it to really hit the mainstream consciousness.

It was only a matter of time before Apple integrated wireless charging into its iPhones. The iPhone 8, 8 Plus and iPhone X are compatible with the Qi (pronounced "chee") standard also in handsets like the Samsung Galaxy S8.

While the phones won"t ship with wireless chargers, the universal standard means you can buy third-party charging pads that will work perfectly.

Apple is working on its own wireless charging pad called AirPower, which will be big enough and smart enough to charge an iPhone, Apple Watch and AirPods at once. We expect it"ll come at a high price, and it"s not set to arrive until next year.

To begin with, Apple"s iPhones are capable of 5W wireless charging, but with iOS 11.2 this will increase to 7.5W. But that"s still not particularly fast, when you consider that wireless charging on Samsung phones can go up to 15W.

It"s important to note that not all wireless chargers come with a wall plug, which means that even if your iPhone and the wireless charging pad supports 7.5W charging, you"ll need to use a more powerful wall plug than a 5W iPhone plug.

Now that we"ve explained the technical stuff, let"s take a look at some of the best wireless chargers for iPhone. 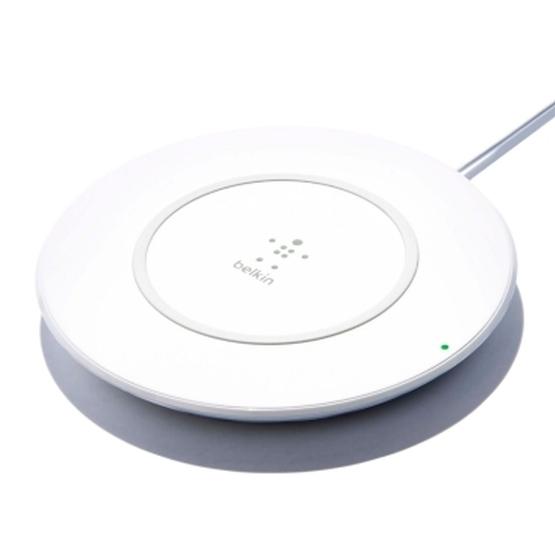 Belkin has been first out the door with a pad marketed for iPhone 8, 8 Plus and iPhone X, and is one of the two chargers mentioned by Apple during its keynote. It"s available to pre-order now with dispatch expected in October.

Belkin"s offering is a neat white disk that has an LED to indicate when your phone is charging, and an AC adapter is included. 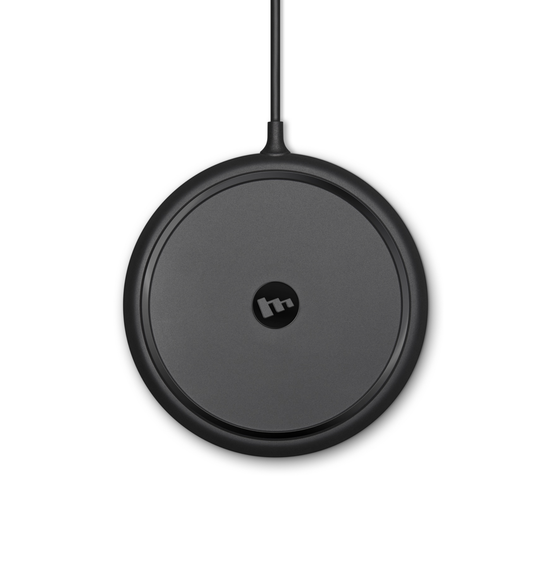 Mophie"s Wireless Charging Basis was also mentioned by Apple during its iPhone launch, this time a simple black disk that is capable of charging the iPhone 8, iPhone 8 Plus and iPhone X.

The charging indicator is a small light that shines downwards onto the surface of whatever you"ve rested it on, which we expect could be a bit tricky to spot but at least it can"t get covered up by the phone itself, unlike the Belkin charger.

It"s available to buy now and will ship within a week, so you can get your hands on this one quicker than the Belkin one. 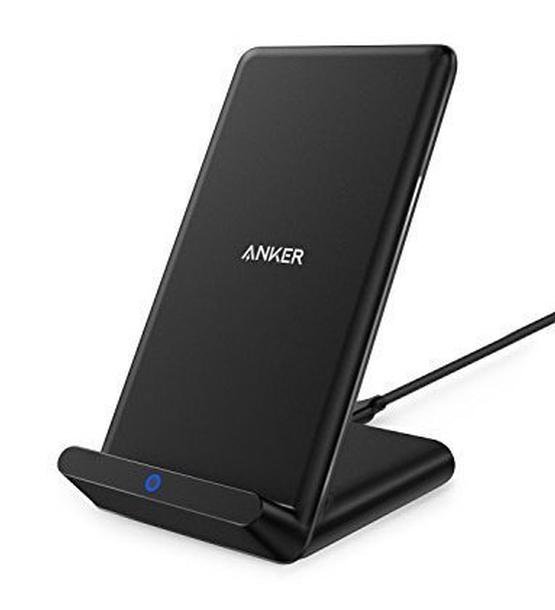 Not just a wireless charger but also an iPhone dock, Anker"s PowerPort Wireless 5 Dock (£18.99 from Amazon) makes it easy to carry on using your iPhone as it charges. It has a 5W output, but Anker says it can cut 40 minutes off the charging time for an iPhone X (3.5 hours rather than 3.9 hours) over comparable wireless chargers.

It can charge through cases 5mm thick, and features a nice design with a blue circular LED at the front to let you know it"s charging. Charging is possible with the iPhone in both landscape and portrait mode. 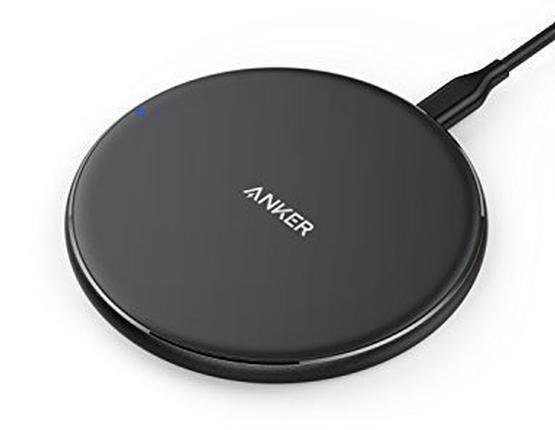 A second Anker option if all you want is a wireless charger onto which you can throw down your phone at any angle is this PowerPort Wireless 5 pad. It"s a pound cheaper than the dock, which is nice, and it"s also a bit faster too, promising to charge an iPhone X in 3.2 hours (both have 5W outputs).

The Anker has a rubberised surface that prevents your phone slipping off when it isn"t in a case (though it will charge through cases up to 5mm thick), and the LED that lets you know charging is in operation is small enough that it won"t distract you at night. 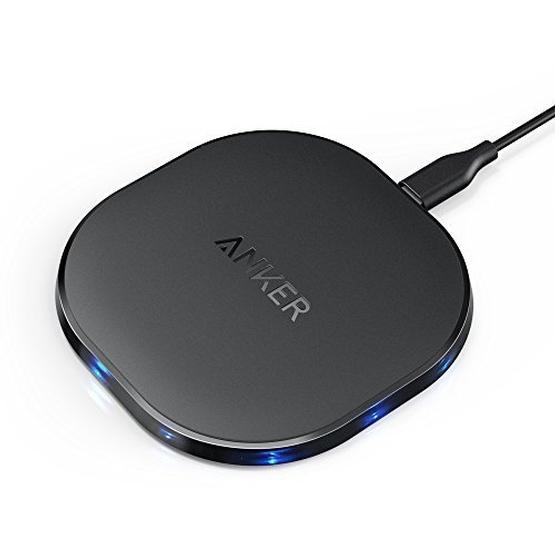 A third offering from Anker, this pad is under £20 and will do the job well. It doesn"t look quite as stylish as some of the other options here, with a black, slightly squared design, but its LEDs let you check whether your iPhone is charging at a glance, and it will be able to charge at 7.5W when the iPhone gets its update later this year. 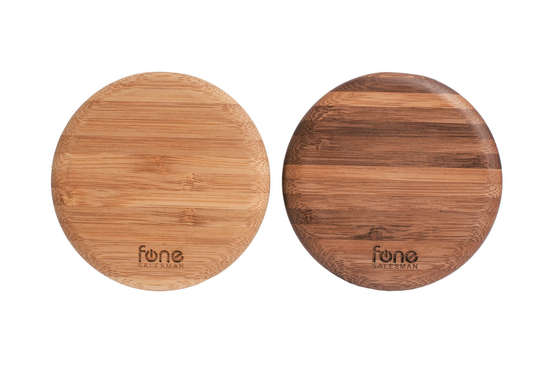 The WoodPuck, made by Fonesalesman, is a cheap and cheerful wireless charging made with bamboo. It comes in a lighter Cappuccino colour or darker Espresso, and is available to buy from Amazon.

There"s no LED, but it does make a sound to acknowledge when your phone is charging. 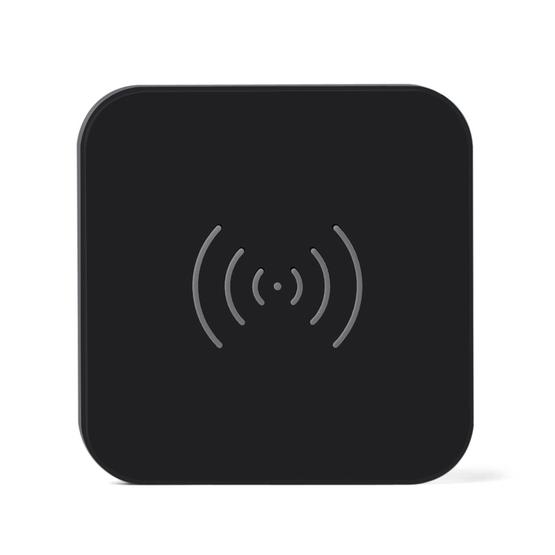 Another cheap option is the Choetech Wireless Charger, which is probably the simplest of all of the chargers listed here hence its low price tag (you can find it discounted dramatically from its original RRP on Amazon).

There"s an anti-slip portion in the centre of the pad to keep your iPhone in place, and a small light at the front to indicate when it"s charging.
Posted by Unknown at 05:13