Following the success of the Amazon Echo and Google Home, Apple has joined the rush of companies producing hub speakers that respond to voice commands with the HomePod, a Siri-powered smart speaker that boasts top audio quality as well as smart functionality.

When Apple first revealed the HomePod they said it would come out in December 2017. However, in November the company confirmed that it wouldn"t be meeting it"s deadline, and the HomePod will not arrive until 2018. When it does arrive it is likely to be limited to a select few markets initially: the US, UK, and Australia.

The rest of the world will have to wait until some time in 2018 to get their hands on the device.

We don"t have an official UK price for the HomePod yet, but we do know how much it will cost in the US: $349, so we can only imagine the UK price will be somewhere around £349.

Of course, the HomePod has the advantage that we expect its sound quality to be considerably better than either of those, but even with that benefit, it is unlikely to justify the extra $300 on the price tag.

On the other hand, most people willing to spend that much for sound quality probably already have a great sound system - and they could just hook it up to a £49.99/$49.99 Echo Dot (currently £34.99) and get smart functionality with their existing speakers for a fraction of the cost. 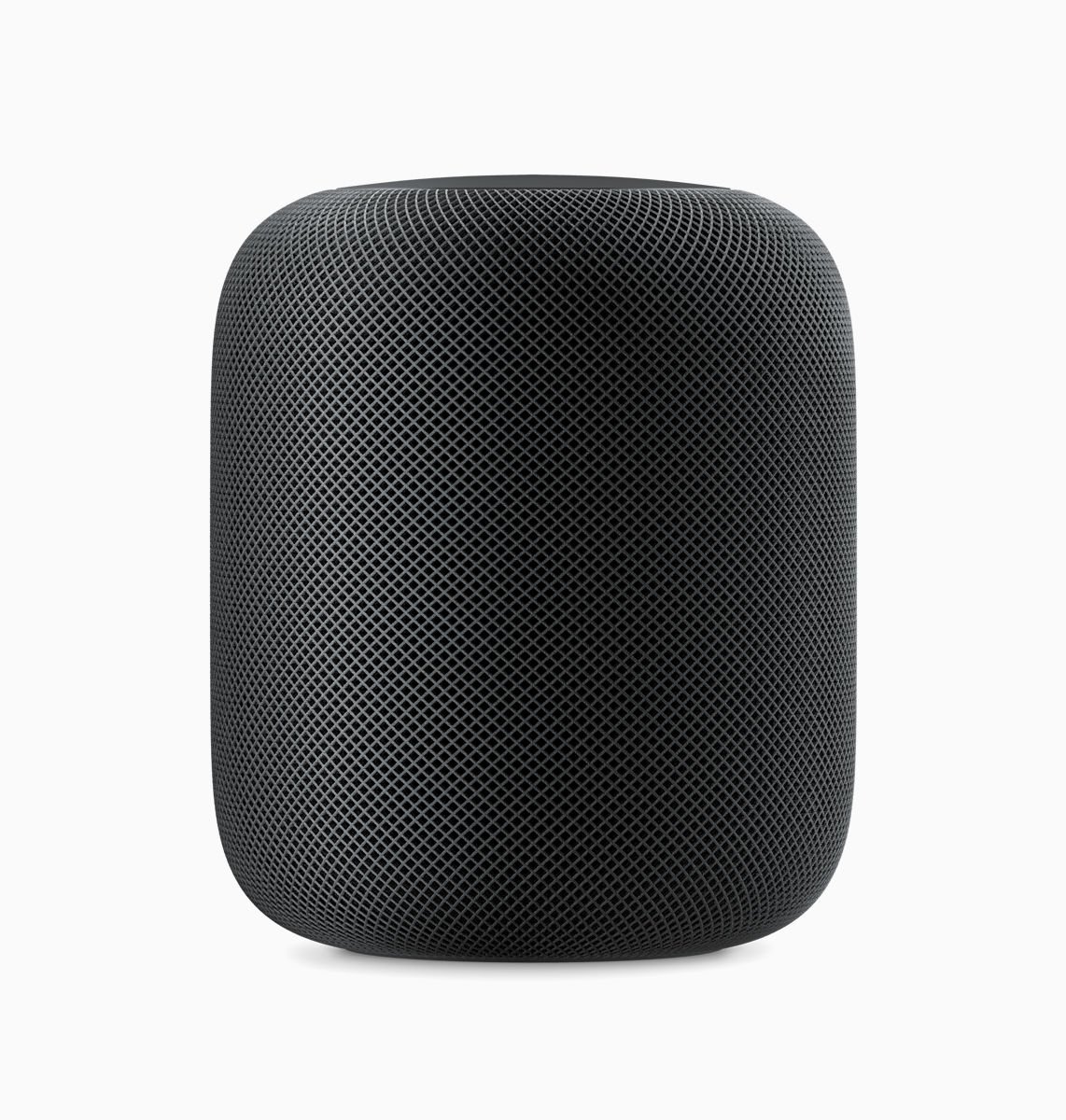 Google Home and Amazon Echo have both gone with a cylinder design, and unsurprisingly Apple has taken a similar approach.

Standing just under seven inches tall, the HomePod is almost entirely covered in a "seamless 3D mesh fabric," just leaving enough space at the top for a touch-sensitive display used to control the speaker and show a Siri waveform when the personal assistant is hard at work.

For the most part we like the look, although we have to admit it looks a bit squat compared to Amazon and Google"s more slender equivalents. Still, it"s attractively simplistic, and has that comfortingly Apple-y sense of meticulous design.

The HomePod will be available in two of Apple"s favourite colours: White and Space Grey.

While Amazon and Google have both emphasised the smart side of their speakers, Apple has decided to take a different focus: sound quality.

The company is pushing the HomePod as a music speaker first and foremost, making a lot of noise about the sound quality, spatial awareness technology, and deep integration with Apple Music.

The HomePod comes equipped with a 4in, upward-facing woofer and seven beam-forming tweeters, each with its own amplifier, to drive what Apple calls a "breakthrough home speaker." It also boasts automatic bass equalisation and dynamic audio modelling, all powered by an A8 chip - the same processor that powers the iPhone 6 and iPad mini 4. 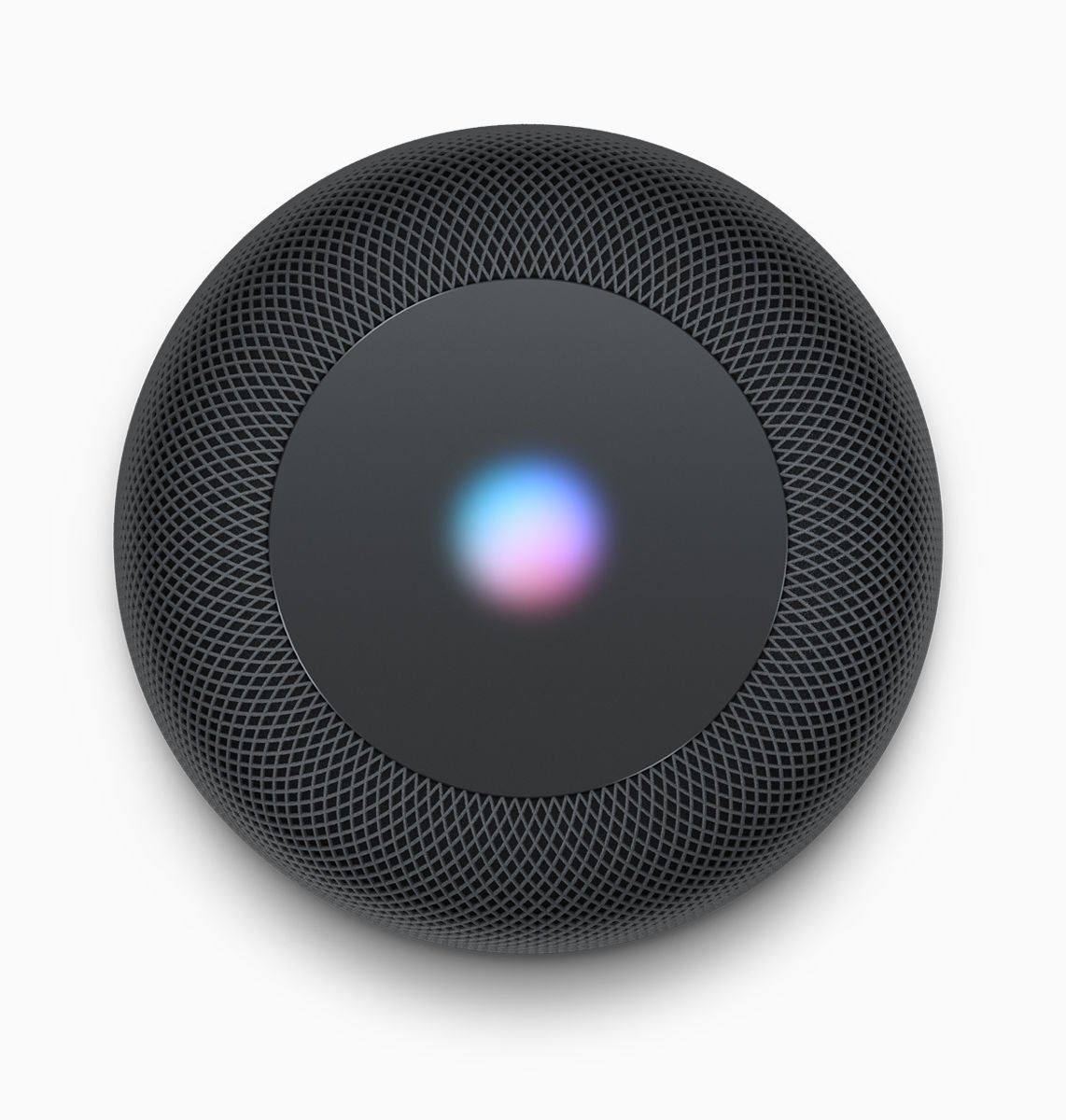 That A8 chip has more to do than run an EQ though. It"s also keeping tabs on the HomePod"s spatial awareness technology, which sees it scan the space its in and optimise its audio output to take into account the size, shape, and any obstacles. This will even work if you have more than one HomePod in the same room, and they"ll work together to each output the ideal audio for the room.

Naturally, the HomePod is also built to take advantage of Apple Music. If you use Apple"s subscription service you"ll be able to tell the HomePod not just to play specific songs or albums, but also to answer a whole host of queries, including when a song was recorded, who it"s by, and even who the drummer on a track is. We"re not sure how well - or if at all - this will work with streaming rivals like Spotify though.

Siri is useful beyond music though. All of the Siri functionality you"d expect is here, from creating reminders to answering questions, but the assistant will also act as a hub for every HomeKit-compatible smart appliance you have, turning the HomePod into a hub for your entire smart home - as long as it"s all Apple-friendly at least.

That all sounds good, but there"s not really anything here that the Echo and Google Home can"t do already. If you"re committed to the Apple family of products and services, then the HomePod has the obvious advantage of integrating with all of them, but for everyone else the only real differentiating factor will be sound quality - and since we can"t test that out for ourselves, it"s hard to judge right now.
Posted by Unknown at 06:06