Growth of Wearables Expected to Continue Dropping next Year

Is your wrist the next great technological frontier? That’s what Google, Apple, and other firms were hoping, but market research firm eMarketer reports that growth in the wearable space is continuing to slow. It expects an 11.9% increase in wearable sales in the next year, possibly slowing to to single digits the following year.

Interest in wearables started picking up steam about five years ago as rumors of an Apple smartwatch began appearing. Some firms like Pebble managed to get smart wearables out the door ahead of Apple. Google also released the first Android Wear devices about a year in advance of the Apple Watch. The eventual Apple Watch release was by far the biggest thing in wearables, though. Some analysts predicted the Apple Watch would sell in large iPad-like numbers. This has not been the case.

Sales of wearable devices have not increased as businesses had hoped. In fact, Pebble ran out of money and closed its doors. Some pieces of the firm were acquired by Fitbit, which has had more success than most in wearables by focusing on fitness. Now, even Fitbit is getting into the full smartwatch market with the Ionic (above). That’s not going to turn around the downward trend, according to eMarketer.

According to the new report, the high price of wearables is one of the primary issues slowing adoption. Even more modestly prices smartwatches can cost several hundred dollars, and Apple sells versions of its watch that cost more than $1,000. With phones getting ever more expensive (the Note 8 and iPhone X are up around the $1,000), it’s a tough to convince consumers to get an expensive accessory. 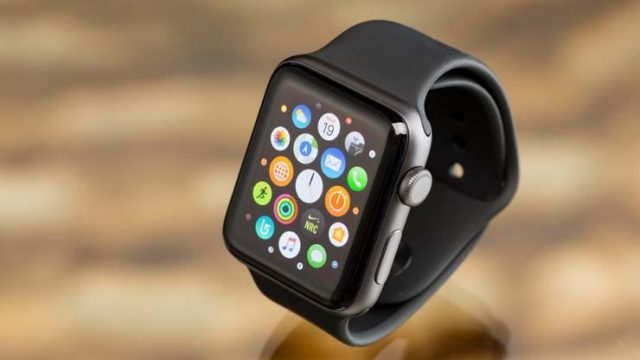 Rather than tempt mainstream consumers, smartwatches appear confined to the early adopter crowd. With smartphones and tablets, growth was huge for the better part of a decade until tapering off as it reached saturation. Wearables just skipped the high growth phase entirely. eMarketer predicts that any future growth in wearables will come from new users of smartwatches as very few consumers will continue buying these devices on a regular basis like they do phones.

Apple and Google both seem convinced that the key is adding more features and smartphone-like capabilities. However, this also makes the devices more expensive. It might be that no one will ever want to pay $300-500 for a smartwatch, even if it can do everything their phone can do. Cheap fitness trackers may continue dominating wearables, leaving little profit or interest for upscale manufacturers.