How to Identify Fake Reviews on Amazon

Though Amazon tries hard to weed out the fake reviews, however as a buyer, we need to play our part. Spending a few minutes before making a purchase is all it takes to not get scammed by those glowing 5 stars.

So in this post, I’ll help you identify fake reviews with a few tricks that help me make sound shopping decisions.

Note: As an example, I will be using this new MaxBoost Google Pixel 2 case that my analysis (and my gut) tells me has fake reviews.

Before I dive into helping you spot fake reviews on Amazon, let’s understand the current situation of review system.

As I said before, many of the fake reviews are identified and removed by Amazon’s automatic systems, as well as through their manual efforts. As incentivized reviews also got banned last year, sellers now have no reliable way to get paid reviews (apart from Amazon Vine).

As dumb reviewers are easy to detect, sellers are now hiring professional reviewers. These sophisticated fake reviewers understand the system very well and know how to cheat it without Amazon or the buyer finding out easily. Here is an example of a sophisticated reviewer who makes a living by providing fake reviews.

Therefore, I will refrain from listing dumb mistakes that these fake reviewers used to make, most sophisticated ones won’t be making those mistakes. Instead, I’ll focus on review patterns and basic need of sellers and how these reviewers fulfill them.

When do the sellers need fake reviews the most? Of course, when they first list their item on Amazon. Initially, no one knows the product, so the seller needs a ton of 5-star ratings to make the product visible in search results and attract customers.

So, if you want to see whether the seller has used fake reviews, then check the oldest ones. Here’s how to access them: 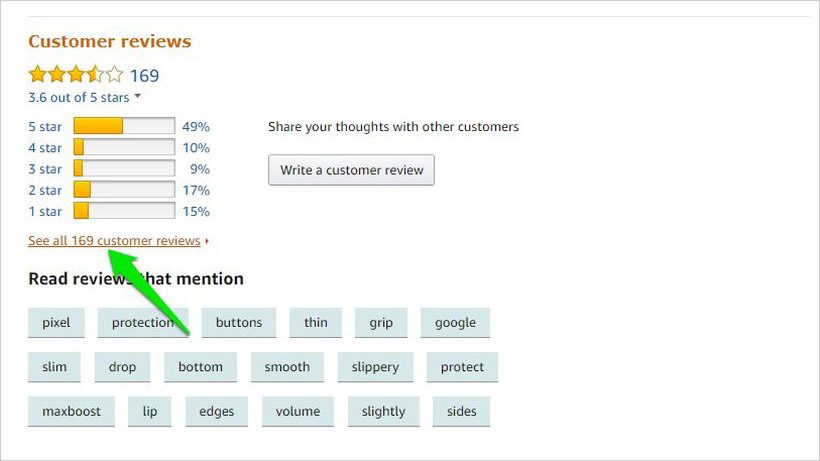 There are multiple clues that can help you identify fake reviews here, below are the few important ones: 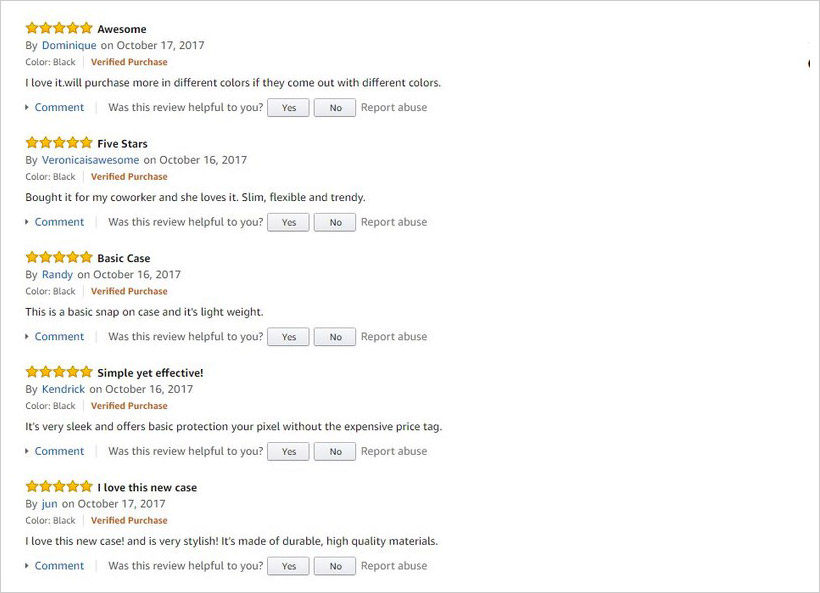 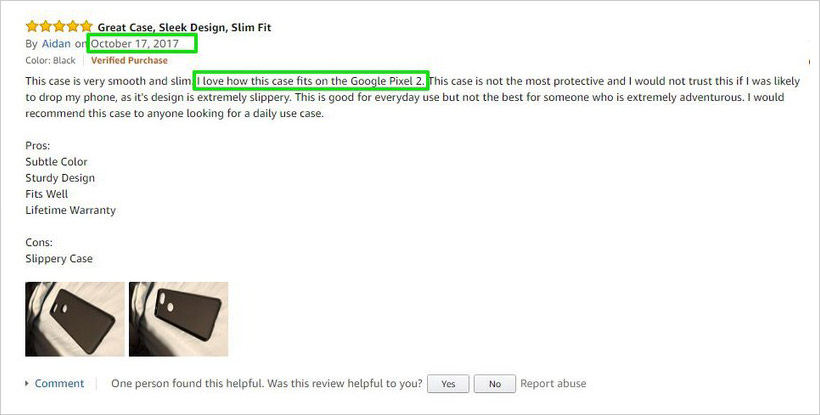 Do keep in mind that having fake reviews in the start doesn’t mean that seller is selling something low quality. Afterall, they need a way to increase ranking and sell their products faster, and many choose false means. Although you should think twice before buying from such sellers.

However, there is a very low chance of fake reviews in the 3-stars section. 3 stars usually don’t put a noticable impact on the overall rating of the product, so fake reviewer aren’t instructed to give 3-star rating. To see the 3-star reviews, just click on the 3-star bar in the Customer reviews section. 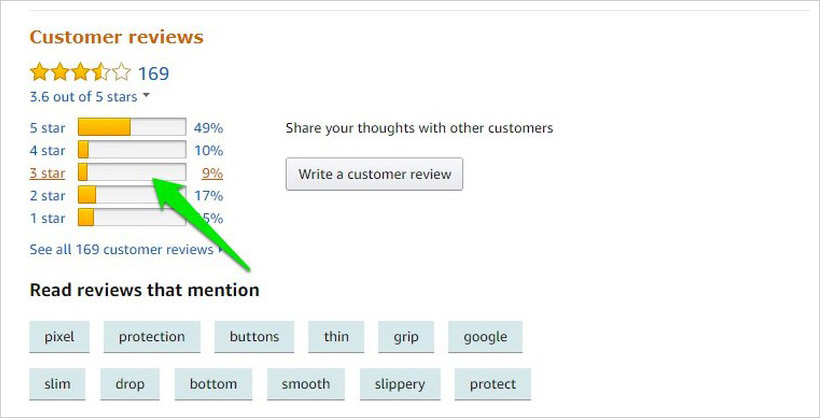 Besides, people who usually give 3-star rating also provide a better view of the pros and cons of the item. You’ll just have to use common sense here to guess whether the problems user tell are related to the product or their own taste and mistakes.

In the screenshot below, you can clearly see that none of the reviews seem fake and also provide reliable information about the good and bad sides. 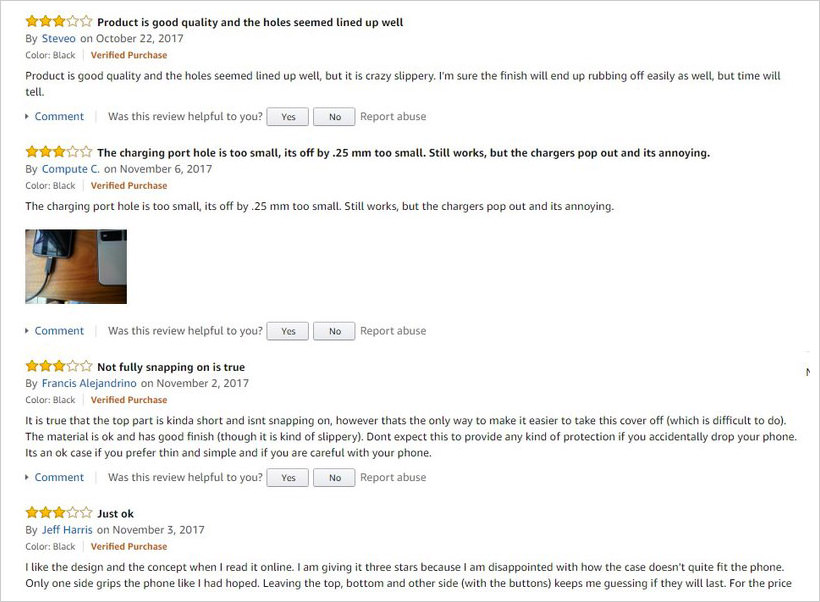 The Verified Purchase tag below the reviewer’s name confirms that the person has bought the item. Many people think that if they have bought the item, then the review is probably true. That’s not the case.

Almost all the fake reviews bought currently involve the reviewer buying the item first before doing a review. After the review, the buyer makes a return request and the seller accepts it. The buyer gets the money back and either is paid separately via PayPal or gets to keep the item.

This is your best tool when it comes to spotting a fake review. If there is a particular review that adds enough information to help you make a decision, then checking the reviewer’s profile is the best way to confirm its authenticity.

To open any reviewer’s profile, simply click on reviewer’s name and it will open up. 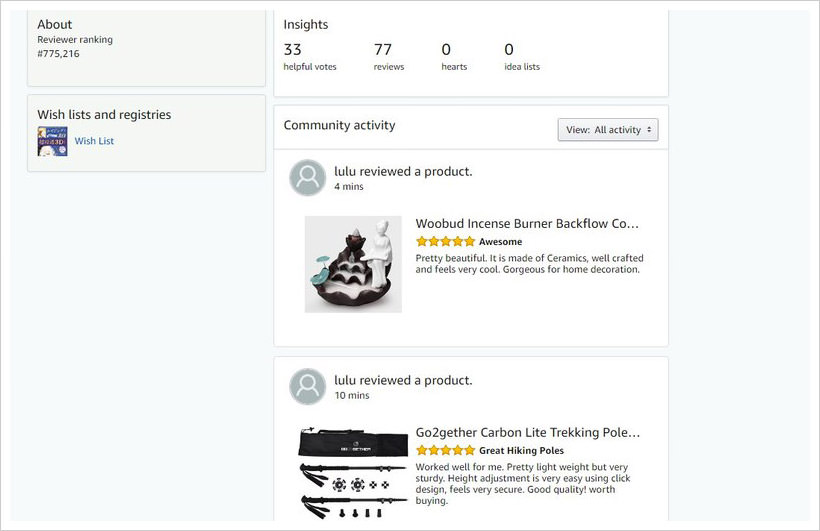 In the profile, there are multiple clues that could tell that the person writes fake reviews. Below I have listed some common ones: 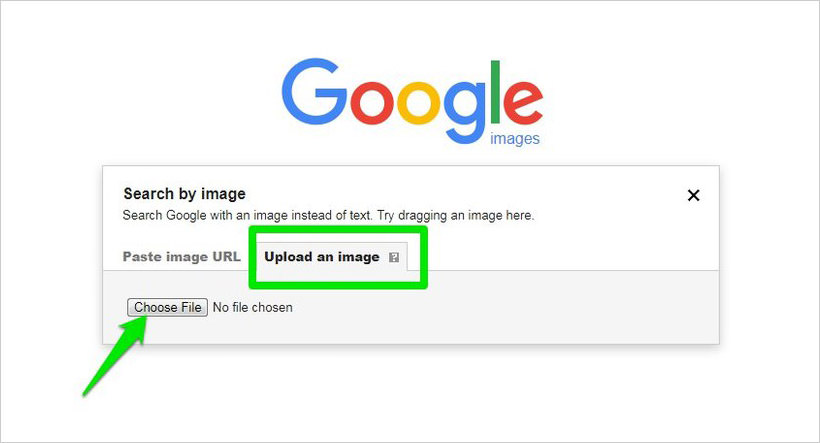 If all the above 3 conditions meet or at least 2 of them, then the review they added would probably be fake as well and you should not let it affect your decision.

Get help from a third-party tool

There are two automatic tools that can help you spot fake reviews on any Amazon product, Fakespot, and ReviewMeta. Both of these online tools use dozens of metrics to evaluate reviews of a product and I must say they are very accurate.

Go to Fakespot and in the middle search field copy/paste the URL of the product you want to scan. When you’ll click on Analyze, a report will be generated immediately. 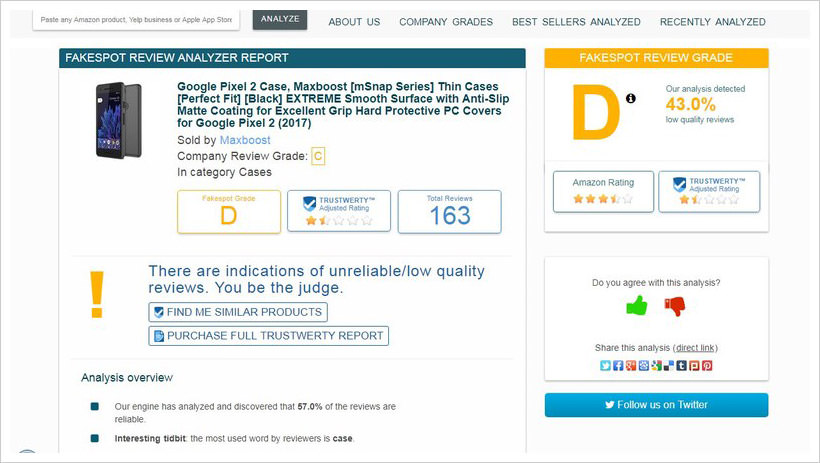 There are multiple sections of the report, and I have explained them below.

In the top section of the report, Fakespot will give an overall grade to the reviews of the product and show total low-quality reviews. Here A grade means that the reviews are trustable and F grade means almost all the reviews are fake. Usually, C or D grade is a good sign of fake reviews.

If you scroll a little, you’ll see the Analysis overview section. Here you need to look at the red colored lines that tell you how the reviews of the particular product might be fake.

In the following screenshot, you can see that Fakespot suggests that the reviewers are suspiciously positive and the seller is also known for using aggressive marketing. These are clear signs that many of the 5-star reviews could be fake.

You can click on their name to open up their Amazon profiles to investigate further. If you see at least 3 fake reviewers, then there is a good chance the seller is hiring fake reviewers to manipulate the review system. 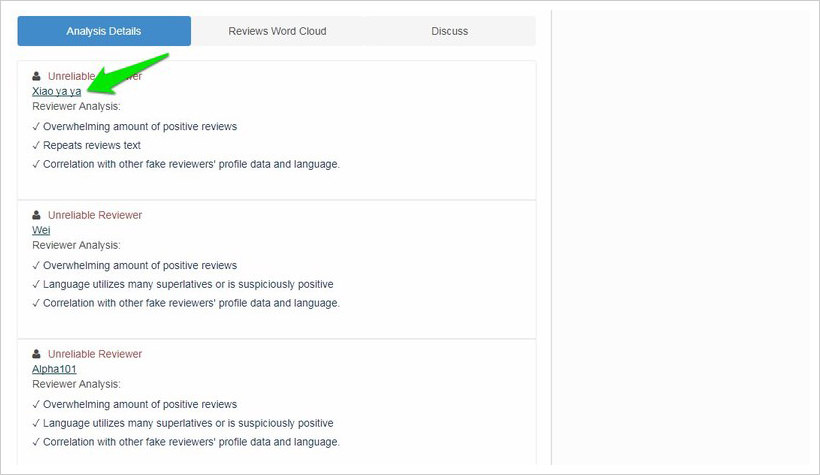 All this information provided by Fakespot should be good enough to get an idea whether the product has fake reviews or not. However, it should be kept in mind that it is an automatic system and it can make mistakes.

This is why I told you about all those fake reviews identifying tricks first before introducing an automatic tool. You should use Fakespot or ReviewMeta first to get an idea and then use the tricks I have told you in this article to spot fake reviews.

Though Amazon is working hard to get rid of fake reviews by suing fake review sellers and buyers and banning incentivized reviews, however, it’s impossible to fully get rid of this menace.

By combining an automatic tool with a little bit of common sense should keep you safe from products made popular by fake reviews. If you manage to find a fake review, don’t forget to downvote it by clicking on No next to “Was this review helpful to you?” section.

This will keep the review down and away from the eyes of the other users. Similarly, don’t forget to upvote an honest review to help other users view it.
Posted by Unknown at 17:44