Despite Apple originally referring to the Apple TV as a "hobby", that all changed with the introduction of the fourth-gen Apple TV (and the Apple TV 4K in 2017). Why? It features tvOS, an operating system that brings the Apple TV into 2017.

Essentially, tvOS offers access to Siri and the App Store on your Apple TV. Siri can be used in a similar way to how it’s used on the iPhone, and can be asked a variety of things from what the weather is like to the status of your football team"s match.

However, it also comes with features unique to the Apple TV, including the ability to search not only iTunes but Netflix for movies and being able to say “What did he say?” to get Siri to rewind the film by 15 seconds and temporarily enable subtitles.

The Apple TV App Store is a huge addition to the Apple TV, and looks to take the Apple TV from a ‘hobby’ to a killer product with a range of amazing Apple TV games and apps. It’s even better news for us in the UK, as Apple never really catered to UK Apple TV users in the first few years of the Apple TV"s life, offering a small selection of apps compared to our US counterparts.

Here, we take a look at some of the best apps for the Apple TV for UK users.

For fans of social networking, the Facebook app might be the first thing you"ll download on the Apple TV. However, unlike the standard iOS app, the focus on the Apple TV variant is videos (arguably the biggest draw to Facebook in recent years) providing an easy way to browse through the myriad of videos available on the platform.

Of course Netflix is amongst our best Apple TV apps, the on-demand video provider has had huge success in every country that it operates, and it’s a no-brainer that it made an appearance on the Apple TV.

For those that aren’t aware of Netflix, the company offers a vast library of movies, TV shows and (hugely popular) Netflix original content on-demand, and is constantly updated with new content. Plus, if you"ve got the Apple TV 4K, Netflix is one of a limited number of 4K content providers on tvOS alongside iTunes and Love Nature 4K.

It took an annoyingly long time for Apple to add Amazon Prime Video to the Apple TV app store, but it"s here in time for Christmas 2017.

Best of all, if you have the latest Apple TV 4K, Amazon"s 4K content is ready to go for you too. It"s great to see the app on the platform given Amazon"s feud with Google that has seen each block the other"s hardware and software from working with one another. Apple has realised how many customers it was driving away by not supporting it; the app has the most downloads in its first week of availability of any Apple TV app ever. 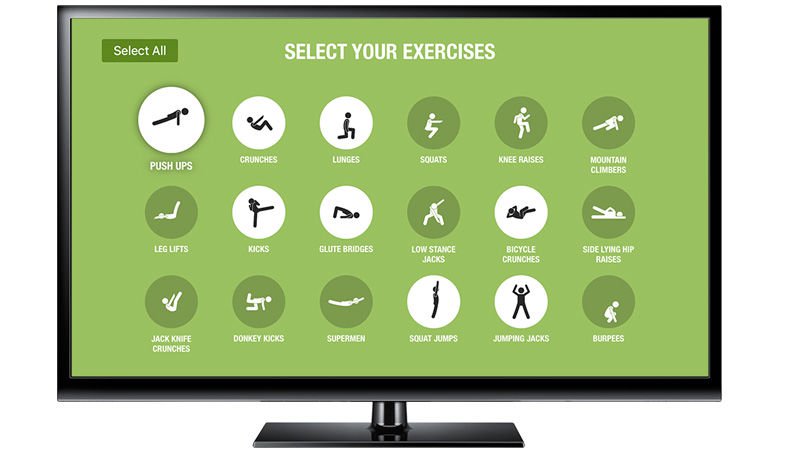 Streaks Workout is a great app for those of us that want to improve our general health and fitness, but aren’t quite ready to commit to a monthly gym membership. The idea is very simple, choose from a range of exercises that work your various muscle groups – legs, arms, chest, abs, etc – and complete a workout each day.

There are options available for each workout to increase its intensity, all based on your ability and how much time you have – these options are easily tweaked before the workout is started. The app stores your workout statistics and lets you easily track and view the data, which should help keep you motivated to lead a healthier lifestyle. 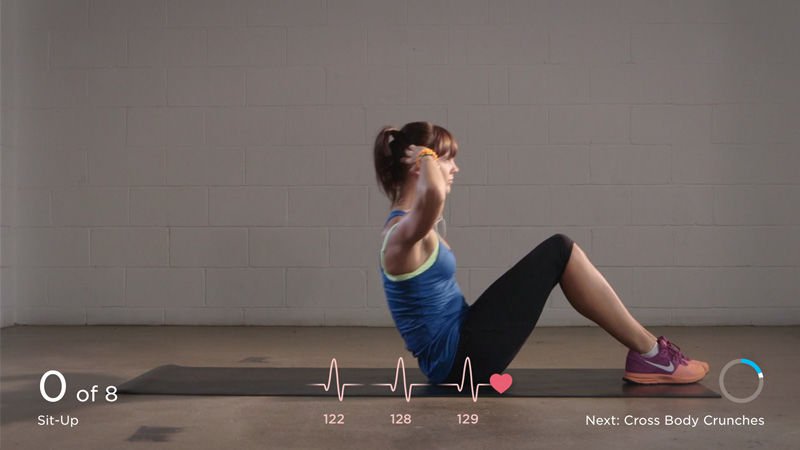 Zova isn’t going to be everybody’s cup of tea, but if you’re into Yoga, you’ll be pretty interested. The app is free to download, and allows you to browse through a number of Yoga workouts, all curated by health and fitness experts. You can see the time it takes and the number of calories you’ll burn at a glance, and the step-by-step videos will take you through every element of the workout.

Though don’t get your hopes up too quickly – the app may be free, but only a handful of tutorials are free to watch. The majority of its vast library is paid-for, and you’ll have to part with your cash before Yoga-ing to the max. But hey, if it’s something you enjoy, a couple of pounds won’t matter too much right?

Plex for Apple TV allows users to store videos, music and photos on their computer or a NAS drive, then using the Plex’s free server software, transcode and stream those files to the Plex app. The end result is having your complete movie library available to you at the touch of a button, no need to burn a DVD or AirPlay from your iPad – functionality that avid users of Plex have been patiently waiting for, for years.

The company claims that its Apple TV app is one of its most feature-rich, including support for playlists, channels and in-app search. One of the key features of the Apple TV is its universal search that searches both official Apple channels and third-party apps. Unfortunately, the API hasn’t been released for all developers just yet, but once it does, you may see videos from Plex appear in your results.

We have a guide to watching live and catch up TV on Apple TV here.

New research has found that singing with a friend or partner will help you bond with them quicker, due to the release of exercise-like endorphins while singing. Enter Sing! Karaoke by Smule, an app for the Apple TV that aims to turn it into a fully blown karaoke machine – perfect for those boozy nights in with your friends.

Users have the choice of either having a duet with someone in their front room, or someone from around the world, although the editor of Macworld UK points out that there is no way to have a sing-song by yourself, which may be off-putting for some people.

However if it doesn’t bother you, you’re able to download the Sing! App on your iPhone to turn it into a microphone, with the ability to use two phones/microphones simultaneously. Your friends will also be able to personalise the music queue while you’re belting out your best Whitney impression, keeping the activity flowing.

CARROT is a weather app for the Apple TV (and iOS) with a slight difference; it has added sass. CARROT is a comprehensive weather app that can display accurate, detailed data and weather maps with additional sarcastic (and sometimes a little weird) comments.

The app displays current weather related information like humidity, temperature and air pressure alongside a short-term forecast that displays the outlook for the next 18 hours. You can search for different locations and as you use the app, you’ll unlock made up locations like Mount Doom or the Wyoming Badlands during the times of the dinosaur. 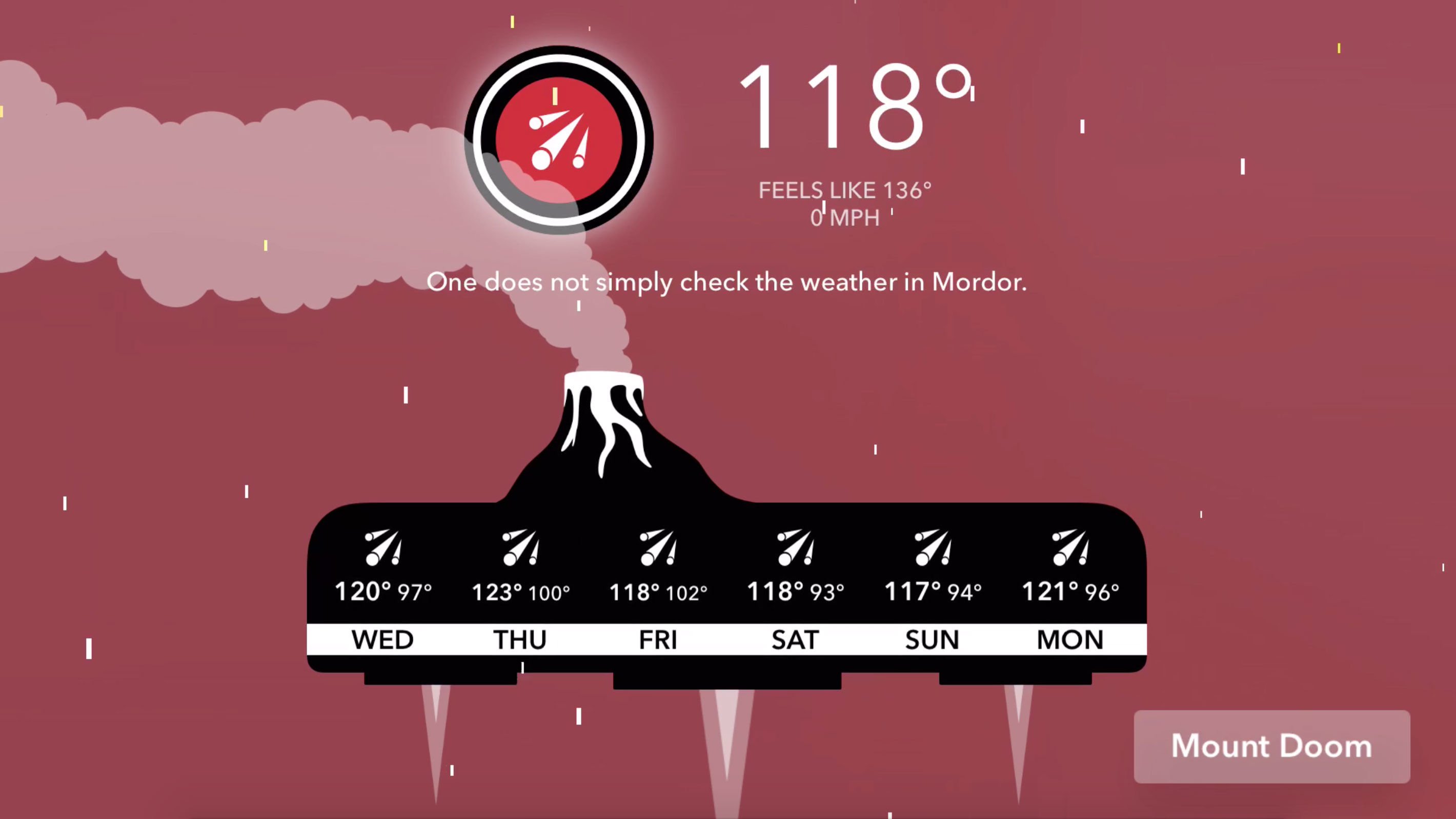 However, with all that being said, there are a few key features missing from the Apple TV app that are present in its iOS counterpart. These features include the time machine that lets you look up the weather up to 70 years in the past, as well as 10 years in the future, along with the radar map – something that’d look pretty cool on a TV.

Also it’s worth mentioning that even if you’ve paid for CARROT weather for iOS, you’ll have to pay £2.49 again for the Apple TV app.

Unfortunately, the Apple TV doesn’t support TV tuners, however that doesn’t mean that it can’t be used to binge on live TV. Enter TVPlayer; TVPlayer is an app for the Apple TV that enables access to a number of freeview channels including BBC, ITV, Channel 4 and Channel 5, as well as a premium option that’ll unlock extra channels including Eurosport.

The app itself is pretty simple to use, though the streaming quality can greatly vary from time to time, ranging from crisp to so blurry you’d think you’ve forgotten to put your glasses on. But hey, who’s complaining when it’s a free app?

Earthlapse offers something unique to new Apple TV users; the ability to stare out of a virtual view from the International Space Station, looking at our big blue planet. The app is created by Jetson Creative, the guys behind the Magic Window app for iOS and Mac, and displays a range of beautifully crisp videos (18 in total) of the Earth along with a caption in the top left hand corner that informs you of what/where you’re looking at, and the time and date in the top right hand corner. 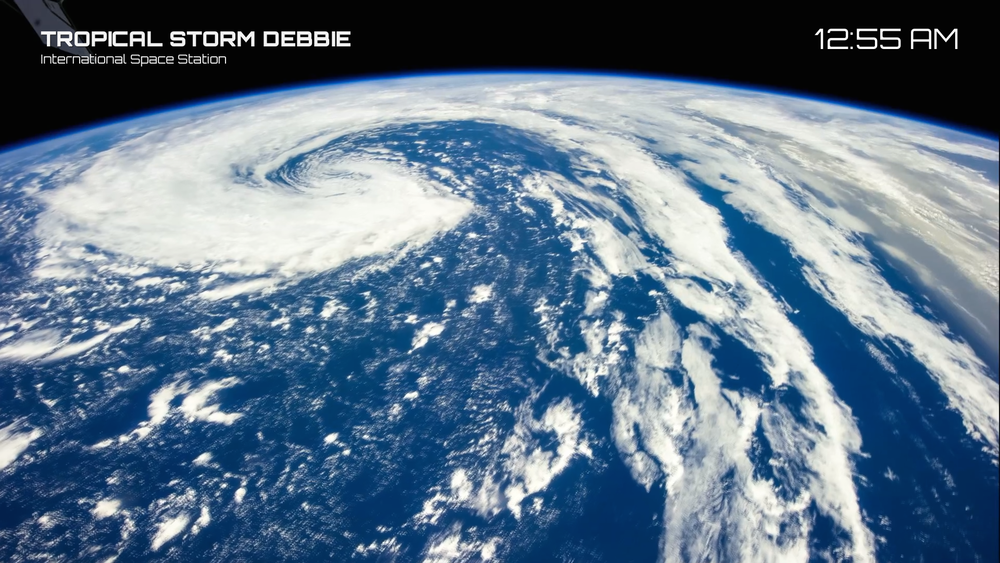 The source videos aren’t great quality, so the team instead pulls the raw images from the NASA feed and re-builds them in a much higher resolution using Apple’s Metal API to render the images, allowing you to change the speed and colour effects on the fly.

These images are similar to Apple’s own aerial screen savers, but with one difference; Earthlapse have sound, and users are able to choose from eight different soundtracks. 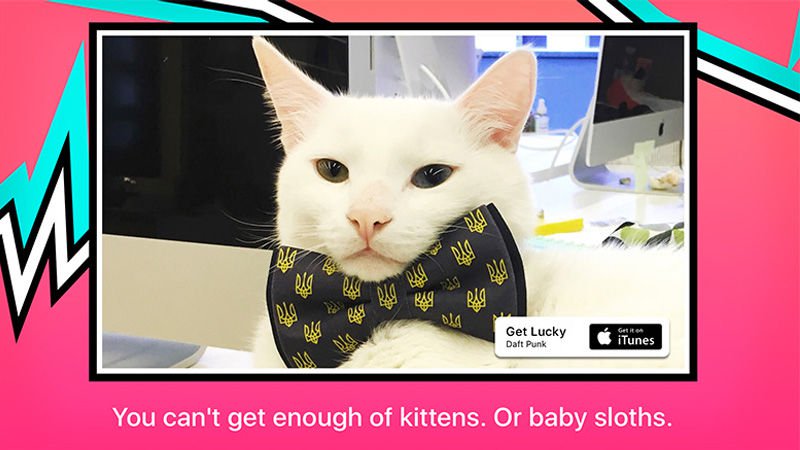 From incredibly detailed photos of our planet, to GIFs of cats doing funny things. Yes, fans of GIFs should download GIFtv. The idea of the app is to display a random GIF for seven seconds, before moving onto the next one, in a never ending reel of (mostly) hilarious GIFs.

The more astute of you will note that GIFs don’t feature audio, and so it’ll be a pretty quiet app – and while you are right, the app features background music streamed from iTunes Radio so you’re not in tears of laugher in complete silence. Admittedly, there isn’t much else to the app, but if you need a chuckle or just want something on the TV in the background, this is a good (and free) choice.
Posted by Unknown at 08:58